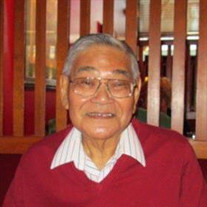 Dr. Alan I. Sugawara September 29, 1939 – July 22, 2015 Alan Iwao Sugawara died Wednesday, July 22 at home in Corvallis. He was 75. The eldest of four children, Alan was born in Waimea, Kauai, Hawaii, to Takeo and Yasuko Sugawara. He graduated from Waimea High School in 1956 and then graduated from the University of Hawaii. Alan later obtained a Master’s of Divinity from the Chicago Theological Seminary; he then earned a master’s degree at Michigan State University and a doctorate at Oregon State University, both in early childhood development. He remained at Oregon State as a professor until his retirement in 2000. Alan was a gentle, kind, giving, loving, unassuming, and principled man. His philosophy of life was to make a positive difference in the world. Without a doubt, he accomplished that goal. Led by the doctrines of Jesus, Buddha, and Martin Luther King, Jr, Alan lived a life of service in his personal and professional lives. After graduating from seminary, he spent a year ministering to the afflicted people in the leper’s colony on Molokai, Hawaii. This experience motivated Alan to better understand children’s development in the context of the family. He returned to graduate school to further his knowledge of child development. As a teacher and researcher at Oregon State University, Alan addressed such issues as non-sexist education in early childhood, sex-role stereotypes in children, teacher competence in early childhood education, prosocial behavior in children, cross-cultural child development, and many other topics. Alan leaves a wonderful legacy through the many graduate students he mentored at OSU. These students claim that “Alan changed my life.” Alan’s dedication to service extended to his personal life. He was devoted to promoting a world that valued love, equality and justice for all. He was an avid and constant supporter of the Old Mill Center for Children and Families in Corvallis, both as a benefactor and volunteer. Many other charitable organizations benefitted from his financial support. Alan was always up for new experiences and enjoyed traveling, quilting, exercising, seeing Broadway musicals, and even camping and fly-fishing (as long as a bottle of wine was included). He exemplified pure joy in all he did. His song was "HAPPY," always displaying a smile on his face. The impact of Alan’s life can best be seen through his relationships with a wide network of friends and family. Alan was a single man all of his life, but he had many “families.” Of course, he first cherished his biological family in Hawaii. On the other hand, for his many years in Oregon he became a “brother/uncle” to many families. He loved these families greatly and he was loved similarly in return. His reach extended to many intersecting circles including academia, benefactor, neighborhood friends, workout partners and quilting buddies. There is a great sadness in these circles at Alan’s passing, but there is solace in that we carry him and his grace in our memories, hearts, and lives. Alan is preceded in death by his parents, brother and sister; he is survived by his sister and her husband, Lyndel and Dale Erdmann of Kauai, Hawaii; and numerous nieces, nephews, grandnieces, grandnephews and cousins, and of course, many, many friends. A celebration of Alan’s life will take place Saturday, August 29 at Old Mill Center for Children and Families, with a brief commemoration at noon, followed by a festive, Hawaiian-style lunch. As Alan himself said, “When I die, just throw a party.” And we will! Hawaiian attire is suggested. In lieu of flowers, memorial contributions can be made in Alan’s name to Old Mill Center for Children and Families, 1650 SW 45th Place, Corvallis. Arrangements were made with DeMoss-Durdan Funeral Home and Crematory, www.demossdurdan.com.

The family of Dr. Alan I. Sugawara created this Life Tributes page to make it easy to share your memories.