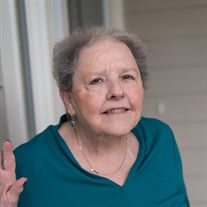 Bobbie June Gates, 76 passed away with family by her side, on October 7, 2020. Her 4+ year fight against cancer is over. Born August 28, 1944 to Ralph and Doris Ferguson in Beatrice, Nebraska. She was preceded in death by her parents and Brother Richard Ferguson. As a child she lived in Wymore, Hastings and Lincoln, Nebraska, graduating from Lincoln High School in 1962 and the University of Nebraska in 1998. She is survived by her husband, William; her 3 children, Damon Munroe (Brenda) of Lincoln; Eric Kurth of McMinnville; and Tige Kurth (Elizabeth) of Corvallis; 2 step-sons, 14 Grandchildren, and 2 Great Grandchildren. After working many years as a claims supervisor in Lincoln and then as a bailiff for Lancaster County courts, Bobbie returned to school and received her Psychology Degree from the University of Nebraska. She found her calling as a social worker at a longterm care facility in Iowa. It has been said Bobbie never met a stranger, she could talk to anyone and make them feel comfortable and welcome. Her natural abilities shinned when working with the families and patients at the care facility. Bobbie and Bill were married at Living History Farms in Urbandale, Iowa on September 8, 2001. In 2008, they moved to Oregon, first living in Philomath and then Corvallis. Bobbie always had a love of music. While living in Lincoln, she took voice and piano lessons and sang with a jazz group in and around the Lincoln Hay Market Area. In Iowa, she sang with the Drake University/Des Moines Choir, and started playing flute as an adult. She began taking flute lessons and soon joined Bill in playing with the Des Moines New Horizons Band and Urbandale Community Band. Bobbie and Bill have traveled around the country to participate in more than 30 New Horizons Band Camps. In Oregon, her Flute and Piano lessons continued and the couple began playing with the Corvallis New Horizons Band, the Corvallis Community Band, and later the New Horizons Willamette Valley Orchestra. The Orchestra, which Bobbie founded, practices in Monmouth. She used to joke that she had always wanted to play in an Orchestra and that starting one accomplished that goal. The Orchestra has played music for the mid-valley since 2015. There will be a brief graveside service on Wednesday, October 14th, 10:00 am at Oak Lawn Memorial Park (with mask and social distancing). A celebration of life will be held at a later, safer date. Arrangements by DeMoss-Durdan. Memories and photos may be shared on their website: www.demossdurdan.com Remembrance gifts may be made to: The New Horizons Willamette Valley Orchestra, 4728 NW Veronica Pl, Corvallis, OR 97330 www.nhwillvalleyorch.org The family wishes to thank Samaritan Evergreen Hospice and the Samaritan Pastega Regional Cancer Center for their caring help.

Bobbie June Gates, 76 passed away with family by her side, on October 7, 2020. Her 4+ year fight against cancer is over. Born August 28, 1944 to Ralph and Doris Ferguson in Beatrice, Nebraska. She was preceded in death by her parents and... View Obituary & Service Information

The family of Bobbie June Gates created this Life Tributes page to make it easy to share your memories.

Bobbie June Gates, 76 passed away with family by her side, on...