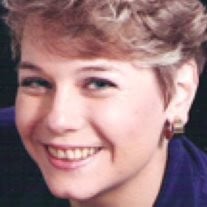 1952 — 2014 Carol Helfer, daughter of Ginger and the late Don Helfer, was born on Jan. 25, 1952, in Tillamook. She lived in Tillamook County until the family moved to Corvallis in 1963. Carol graduated from Corvallis High School in 1970, and from the School of Veterinary Medicine at Washington State University in 1981. Carol was part of the Portland veterinary community for many years as a general practitioner and president of the Portland Veterinary Association in 1990-91, and president of the Oregon Veterinary Medical Association in 2002. She sold her practice in 1999 to pursue her passion for sports medicine and rehabilitation therapy. She then started Canine Peak Performance, the first practice of its kind in the state of Oregon, where she introduced therapeutic ultrasound, laser, hydrotherapy (underwater treadmill) and therapeutic exercise physical therapy. These services all are taught in veterinary schools now, but 15 years ago Carol was leading the veterinary community into the future. She was very familiar with the canine athlete, as that was her passion outside the veterinary hospital. She and her beloved dogs competed nationally in fly-ball, disc, agility and super-dogs. Carol always volunteered to be on-site veterinarian at fly-ball tournaments, and was widely appreciated for her gentle compassion and generosity for competitors and their dogs. Carol is survived by her mother, Ginger Helfer of Corvallis; her siblings, Patty Waggener of Atlanta, Ga., and Bob Helfer of Bend; sister-in-law, Susie Helfer of Bend; and two nephews, Steven Waggener of Missoula, Mont., and Jonathan Waggener of Atlanta. Carol will be remembered for her strength and independence, and for always being on the forefront of something she was passionate about. Carol left us on Jan. 25, 2014, her 62nd birthday, in Portland. Contributions in Carol’s memory can be made to the Morris Animal Foundation at morrisanimalfoundation.org, or to your local humane society.

The family of Carol J Helfer created this Life Tributes page to make it easy to share your memories.

Carol Helfer, daughter of Ginger and the late Don...