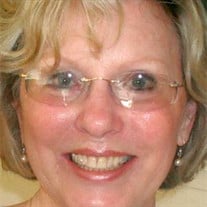 Nov. 8, 1940 – May 1, 2015 Carol Judith Rooney, 74, died peacefully May 1 at her home in Corvallis. Judy married Jerry Rooney in 1995. They lived in several homes within the city, and once lived for five years in Green Valley, Arizona. Judy lived in Corvallis for more than 40 years, having moved from California in her 20s. She enjoyed raising her children, cooking, reading, gardening, traveling and exploring various facets of religion. At her death she identified herself and was a member of the Buddhist faith. She was a loving and caring person, and made friends easily. She was an accomplished hiker, camper and bicyclist, having cycled in many parts of the United States, including the Willamette Valley, the Pacific Coast and the Washington, D.C., area. She loved the outdoors. Judy wrote a book about her grandmother, who left her hometown in Czechoslovakia at age 16, and walked to a nearby port, where she booked passage in steerage and sailed to the U.S.! Judy will be greatly missed by family, friends and acquaintances. The outpouring of sympathy and grief at her passing would have touched her deeply. In addition to her husband, Judy leaves two daughters, Krystal and Shelley; a son, Arthur; six grandchildren; and a new great-grandson. A memorial celebration will take place in July. Friends will be advised.

The family of Carol "JUDY" Rooney created this Life Tributes page to make it easy to share your memories.