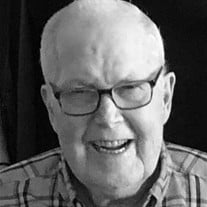 Charles Ray Tipton February 23, 1938 – July 19, 2018 Charles (Chuck) Ray Tipton was laid to rest after a courageous battle with cancer. Chuck will forever be remembered as an honorable man and father, and an all-around “good guy.” His colorful storytelling, sense of humor, endless support, encouraging words, fastidious note-taking, and love of animals will forever be emboldened among those he touched in his life. He liked to tease his beloved family members and friends with practical jokes like ratting his hair, wearing a pair of old wire-rimmed glasses, appearing as a hunchback with a pillow stuffed into his shirt, and bringing scary things home in his lunch pail. Despite these antics, his role as a husband, father, brother and friend was cherished. Chuck was born in Swain County, North Carolina. When he was but three years old, his parents Clelland and Mary (nee Gourley) moved to Kelso, Washington; however, Clell always considered North Carolina home. As such, the family moved back and forth, but Chuck preferred the Pacific Northwest. To his pleasure, the family settled in Kelso for the remainder of Chuck’s growing up. Chuck worked at the Kelso Theater as an usher while attending both Kelso High School and Lower Columbia College. During this time he met and married Barbara (nee Slater) whom attended RA Long High School. In 1958, the couple moved to Newport, Oregon where Chuck worked at Georgia Pacific in Toledo until he retired in 1998. His second marriage to Gail (nee Nelson) blessed him with a fourth daughter, Stephanie. The couple remained in Newport until Chuck relocated to Longview to care for his mother. His final resting place was Corvallis, Oregon where he lived at Regency Park Place Assisted Living. Chuck is survived by brothers James (Mary) and Clancy, children Leigh-Ann Larkin (Pat), Mike Tipton (Linda), Jennifer, Amy, and Stephanie, three grandchildren and five great grandchildren. It is with great sorrow we say good bye. Our dad, grandpa, brother and friend will be forever loved and missed. A family service will be held in September along the Oregon Coast.

The family of Charles Ray Tipton created this Life Tributes page to make it easy to share your memories.