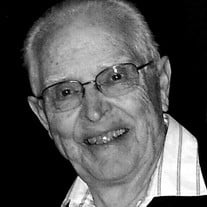 July 8, 1931 — August 25, 2017 David Owen Chilcote passed away at home on August 25, 2017 surrounded by his loving family. Born in Regina, Saskatchewan, Canada to Francis and Ethel Chilcote, the family moved to Washington, Iowa when David was three. David spent his youth working at a local grocery store, and graduated from high school in 1949. He then attended a year at Iowa State College in Ames, Iowa. David and his family then followed his older brother, William, to Corvallis where David received his Bachelor’s of Science at Oregon State University in Crop Sciences in 1953. During that same year, he met Beverly Hathaway. They were married on August 2, 1953, and recently celebrated 64 years of loving marriage. In 1956, they were blessed with the birth of their son, Gregory, and in 1957, the arrival of their daughter, Jeanette. David continued his education at OSU, receiving his Master’s of Science in 1957. He then went on to receive his Doctorate at Purdue University, which he completed in two years, in 1961. David received numerous awards for teaching and research. A modest man, his students fondly called him “DOC”. He was an inspirational teacher and mentor to many students who have continued their relationships with “DOC” throughout their lives. David’s greatest joys were his family, fishing, music, and his students. During his life, David was very active in university and community activities; volunteering and serving on various boards. David and his wife were also avid supporters of Beaver athletics, travelling extensively to attend events. They also travelled in their RV, meeting lifelong friends along these journeys. David pursued his love of nature by building two cabins with his family; one at Hoodoo and one on the Alsea River. Time spent fishing with close friends and family, including Gary Thurman who fondly called him “Dad”, was one of his greatest joys. He was often found quietly fishing on the Metolius River, his favorite stream and hideaway, where he taught his two nephews, John and Mark, to fly fish, which they do to this day. His love for ocean salmon fishing, however, was limited by a tendency for “seasickness!” Many memories were made around campfires, harmonizing with friends and family while playing his ukulele. Following retirement, David was able to pursue his passion for music, forming a quartet, “The Investments”, that brought joy to others through their performances and singing valentines. The donations they received for these events were given to local high schools for their music programs. After a 55 year career at OSU Crop and Soils Science Department, David felt it important to keep his mind sharp, enjoying the latest technology and assisting his friends with their computer “woes.” David also had a passion for golf, enjoying the comradery of his buddies from “T.I.M.S.” and the “Rabbits” of the Corvallis Country Club. Others remember David for his contagious smile, sharp mind, love of music, and joy of teaching, whether it be in a classroom or in the great outdoors. No one was a stranger for long, as David would quickly welcome you with an arm around your shoulder. David was preceded in death by his older siblings, William Chilcote and Alice Carl. He is survived by his wife Beverly; son Greg Chilcote of Bend and daughter Jeanette Chilcote of Beaverton; and nephews, John Chilcote of Corvallis and Mark Chilcote of Girwood, Alaska. David and his family were deeply appreciative of the love and support provided by their generous neighbors, friends, and caregivers from Benton Hospice Services. A celebration of life will be held at 3 p.m. on Saturday, September 23 at the Corvallis Country Club, 1850 SW Whiteside Drive, Corvallis. In lieu of flowers, the family requests that memorial contributions be made to Benton Hospice Service, 2350 NW Professional Drive, Corvallis, 97330, or any organization of your choice.

The family of David Owen Chilcote created this Life Tributes page to make it easy to share your memories.