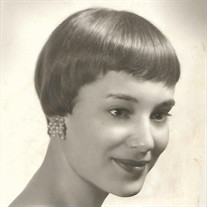 Dixie Lee Neathamer Francis – June 27, 1936 – January 9, 2022 The most loving, intelligent, and empathetic human to ever walk this planet went home to be with her Lord, her mom and dad, baby brothers, and baby sister January 9th. Dixie was born to Norman D. Neathamer and Jean F. (Rice) Neathamer in Grants Pass, Oregon. She was a fifth generation Oregonian. She was the second child of five children. Infant sister Sandra died, which prompted her parents to leave Grants Pass and move to San Francisco when she was 2. Her Aunt Helen was her mother’s favorite sister (and her favorite aunt) living there. It was the time of WWII beginning, and her uncle was in the Navy. She always remembered San Francisco as a wonderful place for the next 7 years of her childhood. Living in a rooming house right next to Golden Gate Park, it being safe enough to play and roam. Her brother Norman was born while in San Francisco. Being the time of WWII, there were ration stamps for items: shoes, sugar, gas, etc. so these could go to the troops, and no one complained. We also had to black out lights in windows, and even on the Golden Gate Bridge. It was war years, and everyone stuck together. After 7 years in San Francisco, we moved back to my mother’s hometown of Medford, Oregon. Grandparents E.R. and Sarah (Fifer) Rice and grandparents in Grants Pass, C. and Stella (Owings) Neathamer were all wonderful. Mom dearly remembered the stories from Grandma Stella (Owings), whose family has been in Maryland since the 1700’s, and as part of their architectural legacy built the Sears Tower, Radio City Music Hall, and other projects around the world. Mom loved the Rogue Valley (Medford, Ashland, Jacksonville, and the Rogue and Applegate rivers and Crater Lake). She completed her primary schooling from 4th grade on in Medford, graduating in 1954 from Medford High School. Her memories were fond and of a great time with people dear to her there. She moved to Corvallis and attended Oregon State College in the fall of 1954. She met and married Joe Francis in 1956, and they had three sons, Mark, Anthony, and Jon, who have made her life a true blessing. After leading Oregon State to 2 consecutive Rose Bowls (her sons recognize it was due to her stability, faithfulness, and love), Joe was drafted by the Green Bay Packers in 1958 and they spent four seasons there, again meeting great people and loving Wisconsin. Moving back to Corvallis, Joe coached with Tommy Prothro at OSU for 2 years before moving to Hawaii. Dixie and Joe parted ways in 1968, and Dixie returned to Corvallis, was employed at the Alumni Office while she returned to school and obtained her degree in Elementary Education. She taught at Hoover and Adams Elementary Schools. Belonging to ADK-Education Sorority, she looked forward to seeing colleagues and friends each month. She also volunteered for the Historical Society (Archives) at the Children’s Farm Home for over 20 years. She loved to read, container garden, and was involved in church activities. She had the best friends anyone could have, and loved her church, Corvallis Evangelical. Her wishes are to have her ashes spread with her baby brother Mike, who she loved dearly, and at 4 historic cemeteries in southern Oregon to be with family. Pioneer Jacob Neathamer came from Missouri on the Oregon Trail. Survivors include sons, nieces Natasha and Bridget, nephew Chris Neathamer, great niece Londyn Grace, 3 grandsons, Tim, Daniel, and Maika, 2 grandaughters Cheyenne and Makalani, and sister Norma. Those preceding her in death are her parents Norman and Jean Neathamer, brothers Norman and Michael, and sister Sandra, grandparents C. and Stella (Owings) Neathamer, E.R. and Sarah (Fifer) Rice, and many aunts and uncles. Memorial Service pending. Contributions can be made to C.E.C., St. Judes, Childrens Farm Home Childrens programs, or a charity of your choice. Arrangements by DeMoss-Durdan Funeral Home 541-754-6255

Dixie Lee Neathamer Francis &#8211; June 27, 1936 &#8211; January 9, 2022 The most loving, intelligent, and empathetic human to ever walk this planet went home to be with her Lord, her mom and dad, baby brothers, and baby sister January 9th.... View Obituary & Service Information

The family of Dixie Lee Francis created this Life Tributes page to make it easy to share your memories.