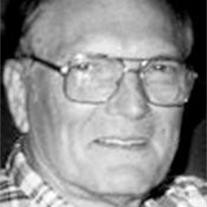 Doyle Kirby Woodrow, 83, died Thursday, Feb. 17, 2011, of age-related causes. Doyle was born on May 19, 1927, in Mena, Ark., to Thomas Jefferson Woodrow and Mina Baker Woodrow. He was one of eight siblings: Marguerite, Lulu, Thomas, Gene, Stella, Irene, John and Gladys. His family moved to California during the Great Depression, where Doyle graduated from high school in Visalia in 1945. He joined the U.S. Navy in 1947, and served as 2nd Class Electronics Technician during the Korean War on the destroyer USS Leonard F. Mason. In 1953, Doyle met and married Mary Belle Babcock, with whom he had four children. Doyle had a long career in the electronics industry, beginning at the naval base of Skaggs Island, Calif. He was present at the founding of the Systron Corporation, later Systron Donner Inertial, where he helped devise commercial electronic analog computer systems in the 1950s. Doyle went on to work with weapons development teams at the Lawrence Radiation Laboratory in Livermore, Calif. After relocating with his family to Oregon in 1970, he worked for the Chemistry Department of Oregon State University in Corvallis until retiring in 1989. A lifetime inventor and craftsman, Doyle remained active, creative and social until his final days. He was an avid outdoorsman, and enjoyed shooting sports, fishing and camping. After retirement, he was passionate about square-dancing, belonging to the Lebanon Square Circlers and the Albany Timber Twirlers, and participated in dance festivals and competitions across the United States. He was a dedicated member of the Lebanon Lodge of the Independent Order of Odd Fellows, where he was recently elected Noble Grand. He was also a member of the American Legion and the Fraternal Order of Eagles, and a lifetime member of the National Rifle Association. Doyle was preceded in death by Mary, his wife of 34 years, who passed away in 1987. Doyle is survived by sisters Lulu of Spray and Irene of Visalia; son Mark of Sweet Home; daughter Ellen of Concord, Calif.; son Daniel of Shedd; and son Jason of Vancouver, Wash. He is also survived by nine grandchildren and two great-grandchildren. He is loved and remembered by his family, friends and the many communities he enriched throughout his life. A graveside service will take place at 12:30 p.m. today at the Lebanon Odd Fellows Cemetery. A celebration of life will follow at 1 p.m. at the Lebanon Odd Fellows Lodge, and is open to all. Memorial contributions can be made to the Lebanon I.O.O.F. Lodge.

The family of Doyle Woodrow created this Life Tributes page to make it easy to share your memories.