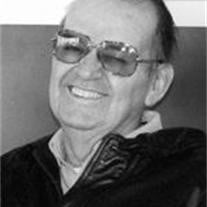 Edwin Montgomery Bryan, 80, peacefully left his bed of suffering to join his Lord after receiving the Anointing of the Sick. He was at home with his wife at his side. He was born to Ernest and Betty Bryan in Putnam, Texas. He was an active member in the Boy Scouts and even started his own telegraph delivery service for Western Union. After moving to Oregon with his family and attending high school and Multnomah Business College in Portland, he joined the Merchant Marines. He traveled through war zones all over the world. Upon his return, he enlisted in the US Army Air Corps and proudly served his country during World War II at Pearl Harbor. He was honorably discharged at Camp Stoneman, Calif., in 1947. He migrated back to Portland, where he met the love of his life, Marga von Weiss, and they were married on Aug. 4, 1951. Edwin was a master machinist who worked in the aerospace industry in research and development. He later worked at Oregon State University in the Department of Engineering as a research and development machinist until his retirement. He was always rebuilding or repairing something (e.g., cars, clocks, motorcycles, engines and pocket watches). If it wasn’t working he could fix it! Edwin built and repaired clocks and watches, and was particularly fond of European regulators. He was a member of both the Salem district and the National Association of Watch and Clock Collectors. He also enjoyed riding motorcycles, including a Harley Davidson and a BMW with sidecar for Marga. He was a member of the Retreads Motorcycle Club, Catholic Order of Foresters, The American Legion, and he participated in local bowling and softball leagues. When illness started limiting his mobility, he managed to maintain his sense of humor, kept up with world events, watched his favorite baseball teams, solved word puzzles, read books and enjoyed the variety of birds feeding outside his window. He loved animals and they loved him too. But he truly loved his wife, his children and grandchildren, never failing to tell them so at parting. Edwin is survived by his wife of 56 years, Marga of Corvallis; daughter Rayni Lambert of Walla Walla, Wash.; son Karl Bryan of Beaverton; son Douglas Bryan of Puerto Vallarta, Mexico; daughter Heidi Smith of Albany; nine grandchildren; three great-grandchildren; and sister Joyce Shinkle of Lacey, Wash. He was preceded in death by a granddaughter. A recitation of the Rosary will be at 7 p.m. Thursday, Oct. 18, at St. Mary’s Catholic Church in Corvallis. A memorial Mass will be at 11 a.m. Friday, Oct. 19, also at St. Mary’s. The family requests that fragrances be withheld due to severe allergies. In lieu of flowers, memorial contributions can be made to Benton Hospice Service, 2350 N.W. Professional Drive, Corvallis, OR 97330, or The American Lung Association, 61 Broadway, New York, NY 10006.

Edwin Montgomery Bryan, 80, peacefully left his bed of suffering to join his Lord after receiving the Anointing of the Sick. He was at home with his wife at his side. He was born to Ernest and Betty Bryan in Putnam, Texas. He was an active... View Obituary & Service Information

The family of Edwin Bryan created this Life Tributes page to make it easy to share your memories.