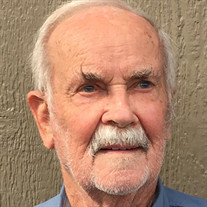 Eldon Bart Gifford Obituary Born: November 20, 1926 Died: March 11, 2022 Eldon passed away in Corvallis, Oregon at the age of 95. He was born and raised in Wichita, Kansas, the third of four children of Noble and Harriet Gifford. He was active in the Boy Scouts and his church, hunting and fishing, building model planes and, eventually, flying real planes. After high school, he joined the Army Air Corps and was in training when World War II ended. Eldon married his high school sweetheart, Patty Lynn, to whom he was married for thirty years. He started a small construction company and built houses until the market crashed Then, using the GI Bill, he obtained a degree in Architectural Engineering at Kansas State University. He went to work for The Boeing Aircraft Company in Wichita in 1952. By this time he and Patty had their four children; Judy, Bill, Kathy and Gavin. In 1955, Eldon transferred to Seattle, remaining with The Boeing Company until he retired in 1986. During his career with Boeing, he led facility groups and practiced both architecture and structural engineering. He was an avid hunter, fisherman, and boater. He built radio control airplanes; raced homing pigeons; carved; painted and was always involved in a creative hobby, moving from one to the next as he mastered them. He made for a very interesting father. For seventeen years after he retired, Eldon spent his winters in Arizona, building and flying radio controlled airplanes and enjoying warmer winters. In 1994, he moved from Seattle to Brownsville, Oregon, to be closer to two of his children. He bought five acres on a hill overlooking the valley and continued with his creative hobbies. He built a shop, outfitted it with machine tools and began making miniature engines, first from kits, then from raw materials, casting some pieces and machining others. Because he was so creative, people gravitated to him, interested in what he might be up to next, whether it was building a shed, studying astronomy, sailing to Hawaii or going on safari in Africa. Shortly after moving to Brownsville, Eldon met Marilyn Peters. They became loyal partners until her death in 2017. Eldon is survived by his four children; Judith Witzke (Paul), William Gifford (Amey), Kathleen Cherry (Jim) and Gavin Gifford; thirteen grandchildren, over twenty-six great grandchildren and several great-great grandchildren.

Eldon Bart Gifford Obituary Born: November 20, 1926 Died: March 11, 2022 Eldon passed away in Corvallis, Oregon at the age of 95. He was born and raised in Wichita, Kansas, the third of four children of Noble and Harriet Gifford. He was active... View Obituary & Service Information

The family of Eldon Bart Gifford created this Life Tributes page to make it easy to share your memories.