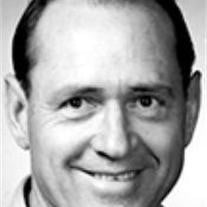 Francis Fultz Ives lived a fulfilling life on this Earth until he passed away on Dec. 10, 2012, in the house he built more than 56 years ago. He was 94. A tribute from his kids: He left a legacy of love that has touched so many — devoted, romantic, loving husband for 72 years, even though 27 of those years were lived after “my bride” passed away; wonderful, loving, adventurous, proud father to the five of us; and generous, constant, grateful friend to hundreds of people all over Oregon and beyond. He loved Oregon and the outdoors all of his life, and we reaped the benefits of that passion. He fed us from the forest and the land; we lived in tents many summers; we grew up fishing, hunting, hiking and exploring with Mom and Dad in the lead. And he took us to work with him — one by one, we trekked through the Willamette Valley, motored up and down rivers, hiked mountain trails, counted deer in forests, liberated pheasants, counted pigeons — such was the life of the wife and the children of a game biologist for the Oregon State Game Commission, from its inception through its many incarnations. He was a good husband, a good father and a good friend. He will be greatly missed by all. The sixth of seven children, Francis was born on Feb. 27, 1918, in Los Angeles, Calif., to Sanford and Inez Fultz Ives. He graduated from Benjamin Franklin High School and attended Highland Park First Christian Church, where he met, courted and married his sweetheart, Ellen Patricia DeHoog (who died July 1985). Beginning their life together in a tent, they honeymooned their way to Corvallis, where Francis attended Oregon State College, graduating in one of the early classes in Fish and Game Management. Then as a game biologist, he relished his dream job with the Oregon State Game Commission for more than 30 years. Being the last remaining child of his generation, Francis passed the torch to the surviving three generations — his five children, Pat Ives Coulston, Dan Ives, Ken Ives, Dave and Becky Ives Ray, and Gary and Jody (Ives) Ferguson; his four grandchildren, Jesse Coulston, Ira and Erica Nader Coulston, Dustin Ives, Kelly and Mackenzie (Ives-Bullock) Graves; and his great-granddaughter, Jett Quintanar, daughter of Jesse Coulston. A memorial service will take place at 1 p.m. Saturday, Jan. 5, at First Christian Church, 602 S.W. Madison Ave. in Corvallis, with light refreshments following. Please join us in celebrating our dad’s great life. Francis will be cremated and his ashes scattered in a private ceremony at a later date.

Francis Fultz Ives lived a fulfilling life on this Earth until he passed away on Dec. 10, 2012, in the house he built more than 56 years ago. He was 94. A tribute from his kids: He left a legacy of love that has touched so many — devoted,... View Obituary & Service Information

The family of Francis Ives created this Life Tributes page to make it easy to share your memories.

Francis Fultz Ives lived a fulfilling life on this Earth until...