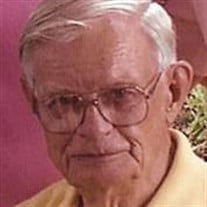 July 15, 1924 — Oct. 18, 2015 Frank Richard Cross was born in Gillette, Wyoming, on July 15, 1924, to Charles and Sada Cross. He graduated from Sheridan High School in 1942. While in high school, he was active in Future Farmers of America and won the State Championship in stock judging. He joined the Navy in 1942 and served in the Pacific Theater until receiving an honorable discharge in 1945. He attended the University of Wyoming, receiving his bachelor’s degree in elementary education in 1946. He earned a Master of Education from the University of Wyoming in administration in 1961 and a Doctorate of Education in education administration and elementary education from the University of Wyoming in 1965. He served on the faculty there from 1965 to 1967. From 1967 to 1969 he was the director of the lab school at Idaho State University. He joined the faculty at Oregon State University as an associate professor in 1969. He received tenure at OSU in 1972. In 1977, he received the prestigious Elizabeth P. Ritchie Award in recognition of outstanding achievement by an Oregon State University faculty member. He was the director of the division of educational foundations and special services from 1981 until he retired as a distinguished professor in 1988. Frank was awarded numerous awards throughout his education career. He received the Meritorious Service Recognition award from Idaho State University in 1968-1969 and 1969-1970. He appeared in “Who's Who in American Education” in 1968 and 1975. In 1971 he appeared in “Who's Who in American Higher Education.” He was in “Who's Who in America (West)” in 1976. He was listed in “Creative and Professional Personalities” in 1972. Also, in 1971-1972, he was listed in “Outstanding Personalities of the West.” In 1973, he was awarded the Outstanding Faculty Award from Kappa Delta Pi at OSU. He appears in “Two Thousand Outstanding Men of the World” in 1973 and “Community Leaders and Noteworthy Americans.” In 1973, he was awarded the Outstanding Faculty Member of the School of Education at OSU. Frank also published 21 publications including professional articles, reviews and books, including “A Study of Evaluative Processes in Selected Wyoming Elementary Schools”, “Careers Education, Learning About Living,” The Oregon Elementary Principal” and “Elementary School Careers Education: A Humanistic Approach” (Charles E. Merrill Publishing, 1973). Frank was a builder of quality homes and a master builder of furniture. He spent his retirement years building furniture for his family. He was above all a consummate, loving, devoted husband and father who found joy and happiness in his family. In the words of his daughter, Kathie Riley, "Our Father was a Giver of Gifts Along with our Mother, he gave us a model of what true love between a husband and wife of seventy years should be. He gave us the gift of knowing our Mother was loved, honored, cherished. He gifted us with the love of life and living it to the fullest. He also gave the gift of seeing beauty around us and of appreciating it wherever we found it. He gave us the love of learning and growing, and becoming better citizens of this world community. He gave us a desire for excellence. He demonstrated excellence in all he did. He gave us the vision of what true character is. He was a man of character. He showed us integrity, honesty, truth and moral excellence. He gave us the appreciation of craftsmanship. His life was about craftsmanship. He gave us the gift of wisdom, acquired through a life well lived, well learned even in the pain of living life and in loss. He gifted us with perseverance and endurance, modeled no more greatly than near the end of his life, as he taught us to carry on even in pain and declining health. He gave us the gift of humor. He saw humor in life and shared it gleefully throughout his life entire." He is survived by his wife, Marie Cross; son Larry Cross; and daughter Kathie Riley. He leaves behind eight grandchildren, 15 great-grandchildren and two great-great-grandchildren. He was preceded in death by his son, Richard Cross; his mother and father; and two brothers, John and George. In lieu of flowers and cards, the family requests donations be made to Benton Hospice Service, 2350 N.W. Professional Drive, Corvallis, OR 97330.

The family of Frank R. Cross created this Life Tributes page to make it easy to share your memories.

Frank Richard Cross was born in...