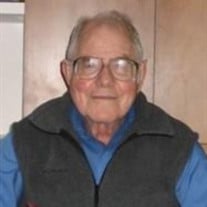 Franz Karl Schneider died April 14, 2021, at his home in Mennonite Village, Albany, Oregon. He was 93. He was born in Wiesbaden, Germany, on March 17, 1928, the middle of five brothers. His family was Catholic and staunchly opposed to the Nazi regime. As a boy he joined his brothers in the Boy Scouts, which in Wiesbaden was a branch of the Catholic Youth League. In 1944, before he was 16, he was drafted into the army and served in an anti-aircraft battery until going AWOL in 1945. After the war Franz continued his education, studying English and German Literature at Johannes Gutenberg University of Mainz, and organized a program of youth activities for the Catholic parishes of Wiesbaden. In 1948 he went to Washington State College in Pullman, as an exchange student in the Democracy Scholar program, where he met Ann McRea, from Aberdeen, Washington. They were married in Germany, August 19, 1951. When Ann returned to the United States to do her student teaching, Franz remained in Germany as a consultant to the Allied Commissioner, but then followed Ann in 1952, and both graduated from Washington State College. He then went on to get an M.A. and a Ph.D. in Comparative Literature at the University of Washington and began his career as a widely respected Professor of Comparative Literature at Gonzaga University in Spokane, Washington. He taught from 1957 to 1993. He served as chair of the English Department, director of the Honors Program, and was awarded an Honorary Doctorate by the Gonzaga School of Law in 1985. Over the years he also received the Alumni Great Teacher Award and the Gonzaga Distinguished Service Award. He taught a wide range of courses in writing and literature but most loved teaching the great epics and the modernist poets. He was a leader in the Association of University Professors at Gonzaga and in the Danforth Association, and taught summer seminars for high school teachers sponsored by the National Endowment for the Humanities. He was a well-regarded poet, translator, and literary critic and published many poems and articles. With Charles Gullans he translated Last Letters from Stalingrad, published in 1962, and a book of his poetry was published in 1982, The Roof of Stone. Franz earned his U.S. Citizenship in 1957 and was active throughout his life in the Democratic Party, the ACLU, the NAACP, and other organizations. He enjoyed climbing mountains and fishing. He traveled in Europe and throughout the Northwest. In the early years of their retirement, he and Ann moved to Aberdeen, Washington, and managed the family tree farm. In 2011 Franz and Ann moved to Mennonite Village. During his years in Albany, he contributed frequent letters to the editor, gave several talks, and wrote often to a wide circle of correspondents in the United States and in Germany. He was a remarkable man, a gifted teacher, a person of deep faith, and a beloved husband, father, grandfather, and great-grandfather. He was proud of his six children and devoted to them throughout his life. He had many friends, including many of his former colleagues and students, and was a great influence on many people. He was preceded in death by his parents and four brothers: Toni, Rudolf, Theo, and Josef, and is survived by his wife of 70 years, N. Ann (McRea) Schneider, and their children: Barbara Anderson (Chris); Roberta Sobotka (Jon); Joe Schneider (Debbie); Tom Schneider (Kellie Jacobs); Ruth Russo (Jim); and Katie Schneider (Monte Bassow). He is survived also by fourteen grandchildren and four great-grandchildren. A Vigil will be held, for immediate family only, at 7 p.m. Friday, April 23, at DeMoss-Durdan Funeral Home, 815 NW Buchanan Ave., Corvallis; family and friends are invited to a Funeral Mass at 11 a.m. Saturday, April 24, at St. Mary’s Catholic Church, 501 NW 25th St., Corvallis. Pandemic protocols for St. Mary’s Church will be followed. There will be no reception. Contributions in Franz’s memory may be made to the educational non-profit Indigenous Peoples Institute (Seattle University), supported by Franz and Ann for many years. Franz’s family wishes to thank Samaritan Evergreen Hospice and Visiting Angels for their service. Please share your thoughts and memories for the family at www.demossdurdan.com.

Franz Karl Schneider died April 14, 2021, at his home in Mennonite Village, Albany, Oregon. He was 93. He was born in Wiesbaden, Germany, on March 17, 1928, the middle of five brothers. His family was Catholic and staunchly opposed to the... View Obituary & Service Information

The family of Franz Karl Schneider created this Life Tributes page to make it easy to share your memories.