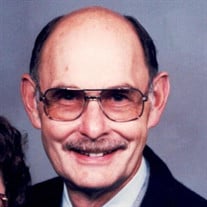 Frederick “Fred” Edmund Dare, caring husband, father, grandfather, and friend departed this world to be with our Heavenly Father on November 30, 2021, at the age of 88. Fred was born 11 March 1933, in an upper bedroom in Wellsburg West Virginia, to John Dare and Stella (Yost) Dare. Fred was the youngest of two boys, often sharing that his birth was likely an accident being that he was 15 years younger than his only brother Louis. After his mother died, when he was three years old, he was placed in an orphanage for several years as his father and brother traveled to find work. Fred shared that every Thursday the orphanage would serve a nasty version of Split Pea Soup. So, on Thursdays he sat next to an open window and when no one was watching he would toss that nasty pea soup out of the window. His plan worked very well until one Thursday his pea soup toss splashed back on himself; the window now had a screen. Eventually, his father and older brother found stable work and moved to Grand Rapids, Michigan, where Fred started his sophomore year in high school. He graduated from Godwin Heights High School in 1953. Right after graduating from High School Fred started his career as a Machinist. This did not last long, though, as Fred was given the option to stay in Grand Rapids or move with his father and brother to Long Beach, California. Of course, he chose to start a new adventure in Long Beach. Shortly after arriving in Long Beach, he assisted his brother start a small business named Quality Tool and Die. They manufactured tools for the oil industry on Signal Hill, California. He continued working as a Machinist until he found his true love as a Junior Engineering Draftsman for North American Aviation. They quickly took notice of his natural Electromechanical design skills and promoted him to Senior Engineering Draftsman, then Associate Design Engineer. In this position he collaborated with other Engineers on strategic ballistic missiles, the Mercury Space Program, and early development of the Apollo Spacecraft. He married Maxine Gwenn Farnsworth on 7 April 1956 in Venice, California. While living in Long Beach, California, they had four children, James, Pauline, Michael, and Deborah. They moved to Eagle Point, Oregon in 1965 to seek a simpler life on a small family farm raising pigs, cows, and chickens. He worked as a Design Engineering Draftsman designing automated plywood handling machinery for the lumber industry. Unfortunately, he was laid off due to a lack of work. In 1967, he moved to Corvallis, Oregon, to work for Oregon State University’s Physical Plant as an Architectural Engineering Draftsman until his retirement in March of 1993. Fred loved the LORD our God and attended St. Mary’s Catholic Church in Corvallis, Oregon. He was a long-standing member of Knights of Columbus from 1959 until his death. For several years he was heavily involved in Boy Scouts of America, Troop 142 of the Oregon Trail Council as an Assistant Scout Master and later a Scout Master. He volunteered to build homes with Habitat for Humanity, as well as other community services. Fred Dare is survived by his four children: James Raymond Dare, Pauline Marie Stapleton (Steve), Michael Edmund Dare (Lisa), and Deborah Francis Sergent (Daniel). He was grandfather to Cecilia Stapleton, Timothy Stapleton, Brittany Sergent, Derek Sergent, and Amber Sergent. A memorial service for Fred Dare will be held on Friday January 7th, 2022, at 11:00am, at St. Mary’s Catholic Church, 501 NW 25th Street, Corvallis, Oregon. Rosary will start at 10:30 at the church. A time of refreshments and fellowship in the Upper Social Hall will immediately follow the Mass. Arrangements by DeMoss-Durdan Funeral Home 541-754-6255

Frederick &#8220;Fred&#8221; Edmund Dare, caring husband, father, grandfather, and friend departed this world to be with our Heavenly Father on November 30, 2021, at the age of 88. Fred was born 11 March 1933, in an upper bedroom in Wellsburg... View Obituary & Service Information

The family of Frederick Edmund Dare created this Life Tributes page to make it easy to share your memories.