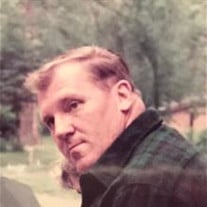 A hard working man, good father, proud grandpa and loving husband passed away on December 14th, 2019. Jerry Formiller went back into the arms of his lovely wife he lost only a couple months ago. Jerry was born in Chicago, Illinois on August, 28th, 1937. In Jerry’s younger years and teens he was a mischievous young man that floated around a bit. That changed when he joined the Army in the late 1950’s. He was stationed in Germany for most of his time in the Army. He was honorably discharged after several years of service. Jerry met Sally who he married on January 6th, 1968. Jerry and Sally had two children together, Paul and Andrew. The beginning of their life together as a family was in Chicago and then Streamwood, Illinois. In 1980, following a vacation that left quite an impression, Jerry and Sally moved their family to the beautiful state of Oregon. Jerry and Sally wanted to raise their family away from the hustle and bustle of the big city. Also Jerry hated driving in the midwest snow all the time. He always loved the Oregon rain. Jerry came ahead of the family and picked out the house that would be their forever home. Beginning in Chicago Jerry worked in the food industry. He started out in a local butcher shop/grocery store and became a skilled butcher. With encouragement from his wife he applied and was hired on as a USDA meat inspector. Jerry was very proud of working for the federal government. He worked hard throughout his career to provide a solid home for his family and security in his retirement. In retirement Jerry and Sally played a lot of golf together. Their home course was Marysville in Corvallis. Jerry played golf throughout his life. He bestowed the love of the game on his sons after introducing them to the game at a young age. Jerry made trips up to the casino. He always got a thrill about playing the slot machines. He always said I only play what I can afford. Jerry was also a homebody in retirement. He enjoyed his pool and doing maintenance projects around his house. Throughout his life Jerry taught his sons many different things. The things he taught them shaped the way that they approached life, family and raising kids. Paul and Andrew both married and had their own children. Jerry became grandpa to Molly, Eric and Luke. At family visits Jerry would always ask how the grand kids were doing and enjoyed watching them grow up. Jerry is survived by his sons Paul and Andrew Formiller their wives Celia and Ali and by his grandchildren Molly, Eric and Luke. Over the last decade Jerry never really asked for anything at Christmas time. His only wish this year was to be with the love of his life Sally for Christmas. It brings great comfort to our family that Jerry got his Christmas wish and they are back together again. We will be announcing a celebration of life for Jerry at a future date. Stories and Memories about Jerry can be left online https://www.demossdurdan.com/obituaries/

A hard working man, good father, proud grandpa and loving husband passed away on December 14th, 2019. Jerry Formiller went back into the arms of his lovely wife he lost only a couple months ago. Jerry was born in Chicago, Illinois on August,... View Obituary & Service Information

The family of Gerald A. Formiller created this Life Tributes page to make it easy to share your memories.