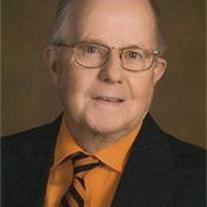 Glenn Arthur Klein, 84, of Corvallis died on Wednesday, August 8, 2012. The second of four children, Glenn was born on August 25, 1927 to Elmer and Hulda (Lenz) Klein in Salem, Oregon. Glenn graduated from Aumsville High School in 1945. He served in the U.S. Air Force (Staff Sergeant) from 1945 to 1947. Glenn received a bachelor’s degree from Oregon State College in 1951, a master’s degree from University of Maryland in 1962, and a doctorate degree from Arizona State University in 1976. Two of Glenn’s favorite memories were a nine-month stay in New Zealand as Oregon’s first International Farm Youth Exchange Delegate in 1951-1952. And being a part of the leadership team for a special 1959 4-H Wagon Trek from Jacksonville to Corvallis to celebrate the Oregon Centennial. Glenn started his career as a 4-H agent-at-large. He later moved on as a Jackson County 4-H and Youth Extension Agent before taking the position as State 4-H Extension Specialist at OSU. He had special national and international assignments, including Tunisia, Lithuania, and New Zealand. He retired in 1990 as professor emeritus after almost 40 years at OSU. He continued working at OSU by volunteering on special committees. He belonged to a number of professional and volunteer associations. In retirement Glenn continued his volunteer spirit by leadership involvement in many areas. Life Member of Kiwanis International, Meals On Wheels, and Vina Moses were just a few. He was especially proud of his work on the Kiwanis Triangle project just south of the Mary’s River bridge on Highway 99. It is a Blue Star Memorial Highway Garden Park honoring all U.S. war veterans. He received many awards for professional and volunteer service, including Faculty Distinguished Service Award, Kiwanis International Hixon Award, Kiwanian of the Year, and Corvallis Senior First Citizen. Glenn was an avid OSU sports fan and a Beaver Club member for over 40 years. He enjoyed golf, poker, bridge, traveling, and participated in extended family activities. He was a faithful member of First Presbyterian Church and most recently served as a Session Elder. Glenn was preceded in death by his parents, and brother Ellis Klein. He is survived by his sisters and their spouses, Bonnie and Harold Youngberg of Keizer, and Sally and David Heinz of Salem; and many nieces and nephews who loved him dearly; great-nieces and nephews, and great-great-nieces and nephews. Glenn valued higher education and encouraged family and others by funding scholarships a passion that will continue through his trust. A service will be held at 2 p.m. on Thursday, August 16, 2012, at First Presbyterian Church, 114 SW 8th St., in Corvallis. Memorial gifts can be made to the Oregon 4-H Foundation, the Beaver Athletic Scholarship Fund, both in care of Oregon State University, First Presbyterian Church, Corvallis, or to a charity of one’s choice.

The family of Glenn Klein created this Life Tributes page to make it easy to share your memories.