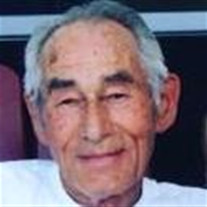 Dec. 12, 1932 — July 5, 2017 Gordon Duckworth was born on December 12, 1932. He died peacefully at his home of natural causes on July 5, 2017, at 84 years old. He was born in Idaho, and moved to the Corvallis area as a young man. He married Carol London in 1957, and together they raised three children. He worked in Philomath at a lumber mill, but spent the bulk of his career at Tum-A-Lum Lumber, working first in the Corvallis building supply store, then the Albany store. He finished his career at Independent Lumber Supply in Corvallis, retiring from there. Gordon loved the outdoors, and spent his free time hunting, fishing, camping, and gardening. Friends and neighbors admired his fabulous vegetable garden, from which he shared generously. His summer vacations were spent tent camping with the family, exploring the lakes and rivers of Oregon, and passing on his love and knowledge of the outdoors. He lived a simple, pure and honest life, and was quite content with that. A very important part of his life was scouting. Long after his own son moved away, Gordon remained a dedicated Boy Scout volunteer involved in the local Troop 3 of Corvallis. He was infamous for his knot tying lessons among other talents, and also served many years as the District Eagle Chairman, helping scouts achieve their Eagle ranking. He was honored to be given the Silver Beaver Award, a distinguished service award of the Boy Scouts of America. He is survived by two daughters and their spouses, Dan and Laura Lashley, and Jeremy and Deanna Yoba; and by his treasured granddaughter, Brandi Nolan, all of Corvallis. His wife Carol and his son Norman preceded him in death. A small gathering to honor his life will take place at a later date.

The family of Gordon E. Duckworth created this Life Tributes page to make it easy to share your memories.