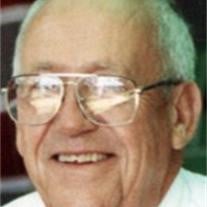 Harold E. Kerr passed away Oct. 16, 2009, at his home in Corvallis. Born in Arbuckle, Calif., April 22, 1935, to Dorothy and Ray Kerr, Harold was raised in Lakeview, and was the eldest of five children. He is survived by his wife, Carol, whom he married in 1959; a daughter, Cindy, and son-in-law, Bill Roeser, of Lake Oswego; and a son, Bryan, and daughter-in-law, Tami Kerr, of Corvallis. He began working at Oregon State University in 1958, and worked for the university for 30 years. He worked as a 4-H agent in Crook County, and a crops and livestock agent in Morrow and Wasco counties. He was an associate director of the OSU Extension Service in Corvallis for eight years. He worked at Stahlbush Island Farms for more than 10 years following his retirement from the university. He and his wife enjoyed traveling and spending time with friends. He served as a VOCA volunteer in Lithuania, helping develop a new Extension service for the country. He was a 4-H club leader for about 12 years. He truly enjoyed working with youth, and everyone he met was a friend. He was a faithful Beaver supporter, and a member of the President's Club. He was very active in Corvallis Kiwanis. He was an avid golfer, and had a hole-in-one just a few years ago. He will be missed by his family and his many friends, from children to adults. Harold used to say, "A stranger is a friend I haven't met yet." And so he lived his life. Although he had more friends than most can imagine, Harold was always looking for the next stranger to befriend. In his final hours, he was surrounded by his family. A memorial service will take place at 1 p.m. Monday, Oct. 26, at Northwest Hills Community Church, 3300 N.W. Walnut Blvd., Corvallis. Remembrances can be made to Benton Hospice Service or Oregon Agriculture in the Classroom, 305 Strand Agriculture Hall, Oregon State University, Corvallis, OR 97331 or http://aitc.oregonstate.edu/.

Harold E. Kerr passed away Oct. 16, 2009, at his home in Corvallis. Born in Arbuckle, Calif., April 22, 1935, to Dorothy and Ray Kerr, Harold was raised in Lakeview, and was the eldest of five children. He is survived by his wife,... View Obituary & Service Information

The family of Harold Kerr created this Life Tributes page to make it easy to share your memories.