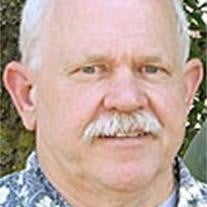 Jim was born in Tokyo, Japan, to Catherine A. Kvidt and Maj. Reuben D. Kvidt. The U.S. Army family traveled extensively before settling in Garden Grove, Calif., in 1960. Jim’s gift for building and his work ethic became apparent early on. He won countless awards and competitions for his model cars and boats. As a teenager, his passion shifted to rebuilding automobiles. He helped friends rebuild more than 50 1955, 1956 and 1957 Chevys into high-performance racecars. Jim served from 1970 to 1974 in the U.S. Air Force as a lead mechanic, primarily in Thailand. In 1974, Jim began Western Property Maintenance in Orange County, Calif. He moved to the central coast in 1979, soon thereafter earned his contractor’s license, and spent the 1980s building high-quality custom homes. Jim and his wife, Sherrill, moved to Philomath in 1990. There he continued to apply his talents, serving as a production manager for several remodeling companies. Seeing a need, he opened a business in 1993 to serve people searching for hard-to-find vintage house parts. The business, Heritage House Parts, was sold in 2007. All of us who have had the honor to have known Jim realize that he helped anyone and everyone personally and professionally without consideration for himself. He was simply the most selfless human being to have crossed our paths. Thank you, Jim. He is survived by his wife, Sherrill Kvidt; daughter, Amber and grandson, Sebastian; his father, Reuben Kvidt; and his siblings, Sandra Kirtley, and Richard and Paul Kvidt. In lieu of flowers or gift, please make a donation to Heartland Humane Society, the Center Against Rape and Domestic Violence or any child abuse prevention organization. A memorial service will take place at 11 a.m. Saturday, Dec. 5, at the First Baptist Church in Philomath.

The family of James Kvidt created this Life Tributes page to make it easy to share your memories.

Jim was born in Tokyo, Japan, to Catherine A. Kvidt and Maj....