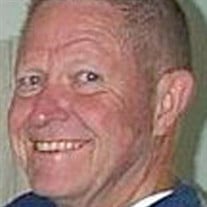 Nov. 5, 1932 – May 3, 2015 James Minor Reynolds, 82, of Corvallis peacefully died on May 3, 2015, with his loving daughters by his side. Jim was born on Nov. 5, 1932, to James Marvin Reynolds and Marion Amanda Minor. He was born at White Memorial Hospital in Los Angeles, where his father worked with the Los Angeles County Fire Department. The family relocated to Monrovia, California, and lived in a home designed by his mother, who was an architect and artist. Jim graduated from Monrovia High School in 1950 and went on to earn a Bachelor of Science degree in engineering drawing and a Master of Arts in teaching from California State, Los Angeles. As a young man, Jim spent summers working at Yellowstone National Park. It was there he met the love of his life, Mary Lou Hopper. Jim said that at first sight he was speechless — initially because he was suffering from a bout of laryngitis. He went to the infirmary and met a beautiful young nurse who gave him a shot of penicillin. She pulled out the needle and asked if he wanted it in the hip or in the arm. Being a modest young man, he quickly rolled up his sleeve. At the age of 80 he was reflecting on their first meeting and shared that she must have slipped some love potion into that needle, because he loved her as much at age 80 as he did at age 30. The couple married in 1962 at the chapel in Yosemite National Park. They had their first child, Linda Anne, in 1964 and welcomed Laurie Louise in 1966. Jim’s professional life included teaching at the middle school, high school and college levels. His first teaching job was at Whittier High School (1964-68). During one summer he traveled to Oregon, and as he entered downtown Albany saw a sign for the newly-formed Linn-Benton Community College. He was recruited to become their first drafting instructor, so in 1968 he packed up the young family and settled in Albany. Jim was well liked as a teacher, both by students and colleagues, and eventually worked his way to becoming chairman of the LBCC Drafting Department. His drafting skills also served the City of Albany, as he developed plans for some local community buildings and spent summers fixing up older homes in the area. Jim was an adventurous and lifelong traveler. He took two around-the-world backpacking trips, the most recent at the age of 54. Jim eventually explored five of the seven world continents and continued to travel until the age of 80. Wearing a pair of Levis and carrying only a daypack with a few essentials, Jim embraced the simple life and enjoyed staying in youth hostels to meet fellow travelers. Jim also was a voracious reader. His love of travel combined with his love of books greatly expanded his view of the world and its many peoples and cultures. Jim was preceded in death by his wife of 51 years, Mary Lou Reynolds; and by his sister, Anita Brummersted of San Diego, California. Jim is survived by two daughters, two sons-in-law, four grandsons and one granddaughter. A memorial service will take place at 4 p.m. Friday, May 22, at First United Methodist Church, Corvallis. Jim — though you will be missed, all is well.

The family of James Minor Reynolds created this Life Tributes page to make it easy to share your memories.