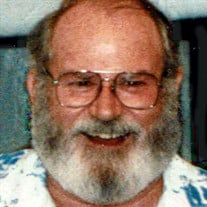 James Whitman Smith Nov 7, 1928~Sept. 20, 2018 Jim was born in Fox, Ok. While growing up he also lived in Ardmore, Ok. His family had a farm there and they were widely known for their sorghum. After leaving Oklahoma and moving with his family to southern California, Jim worked as a machinist. It was there he met and married Harriet Rich. They started their family in Azusa, Ca. They moved to Placerville, Ca. in the late 50s, when Jim worked for Aerojet General in Sacramento. He built a speed boat in the garage so the family could water ski on their camping trips to the Sly Park. In 1962 the family moved to Hoskins Oregon to buy his parent’s property and run Fisherman’s Camp on the Luckiamute River. He taught his kids how to fish, clean and paint cabins, and rake the property “park clean”. At this time he also worked at Moore-Rane MFG Co. and performed with a family band on the weekends. In 1966 the family moved to South Pasadena, Ca. where Jim was a supervisor for plastic injection molding at Digitran. In 1969 they made their final move as a family to Redondo Beach, Ca. Jim bought a sailboat and obtained his mariner’s license so the family could sail the waters, fish, and make trips to Catalina Island. He was known for playing his guitar while keeping his foot on the tiller to steer the boat! Jim spent his last working years at Gillette Paper Mate in Santa Monica, Ca. as a supervisor and he delighted in giving the family special pens. After retiring in 1988, Jim spent most of his retirement years between Redondo Beach, Ca. and Puerto Vallarta, Mexico. He was known at his favorite bookstore and espresso shop in Puerto Vallarta as “Santa Claus”, because of his beautiful white beard. Family knew that if they needed to reach him, they could call there and get a message to Santa! He moved back to Corvallis, Oregon in 2006 to be close to his family. He was a hunter gatherer; he fished, bow hunted and scuba dived for food and pleasure. He would now be what is called a “foodie”, preparing everything from abalone that he caught to handmade candy. On family trips to Hoskins, Ore. from California, he would commandeer the family to pick blackberries, put them on ice, and then head back to California to make freezer jam. Jim grew up in a family of musicians, originating in the church. He had a great love of old country music, but enjoyed and shared much of the same music and many of the same contemporary folk and country artists as his children. He took his family to folk and bluegrass festivals for family vacations. He had a gorgeous voice and a perfect yodel. The family had a charmed life for many years because music was always involved. At every family gathering they would pull out their guitars and other instruments and he would sing many of his classic country songs with his kids singing harmony, and the youngsters would contribute their favorite songs. The family appreciated how special this was, that it was due to Jim’s influence, and that not all families had this privilege and the joy that it brought. He let them all learn to play on his favorite old Martin guitar and he didn’t care if it got a little beat up as long as they showed an interest in learning to play. Jim encouraged his children in all ways he could to make music and that gave rise to generations of musicians in the family. These memories will be cherished forever. He was recorded for a program on BBC radio by his friend Lillian Archibald in the early 60s. Also in the early 60s, he, his wife Harriet, and his brother Mack formed a band – The Tunesmiths. They played local venues in the valley, at the coast and at Mt. Hood Lodge. In his later years he would perform solo in small clubs. Jim was preceded in death by his parents James H. Smith, Louisa Jane Chapman, step-father Harvey Chapman, sister Laverne Hattensty, former wife Harriet Rich, son Dennis Smith, daughter-in-law Renee Smith, and daughter Laura Ann Gast. He is survived by brother Tony Smith (Gayle), brother Mack Smith, daughter Sandy Smith (Jack Wolcott), daughter Teresa King (Jeff King), granddaughter Monica Smith, son-in-law Frank Gast, granddaughter Anneliese Gast (Andrew Freborg), grandson Wyman (“Bo”) Gast and numerous nieces and nephews. The family greatly appreciates and would like to thank the staff at the Corvallis Manor where he lived since 2009, for the good care and kindness he received. Per his request, there will be no services. Please see the video/audio link on the Tribute Wall to hear recordings of Jim!

James Whitman Smith Nov 7, 1928~Sept. 20, 2018 Jim was born in Fox, Ok. While growing up he also lived in Ardmore, Ok. His family had a farm there and they were widely known for their sorghum. After leaving Oklahoma and moving with his family... View Obituary & Service Information

The family of James Whitman Smith created this Life Tributes page to make it easy to share your memories.