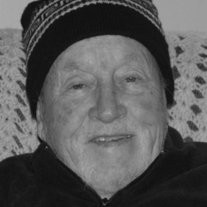 James Edward Torpey September 30, 1926-August 20, 2013 James Edward Torpey was born in Lowell, Massachusetts, on September 30, 1926. Early in life, Jim felt the positive influence of the Catholic Church, serving as an Alter Boy at Saint Andrew’s, where he had several excellent mentors who imparted many valuable life lessons. When he was just seventeen, with World War II in full swing, Jim enlisted in the Navy, serving from 1943–1946 as a Seabee in New Guinea. Upon his honorable discharge, Jim enrolled at Springfield College, earning Bachelor’s and Master’s degrees in health and physical education. In 1950, he married the love of his life, Dorothy Rita Olivieri. Jim and Dot soon found themselves on the move, crisscrossing the continent several times. While earning his Doctorate from the U of O, Jim fell in love with the Beaver State. He taught at the University of Minnesota for five years, but longed to return to the Willamette Valley. In 1971, now with a family of six children, Jim accepted a professorship at OSU and moved to Corvallis, where he would spend the rest of a very active life. Jim was a loving father and devoted husband; family meant everything to him, and there was never anything too small he wouldn’t do for his loved ones. Jim was a voracious reader, wrote beautiful poetry, and also enjoyed fishing, gardening, and nature. He had a great sense of humor, always a quick wit, right until his final day on earth. Jim is survived by his wife, Dorothy; six children, Mary, James, Jennifer, Bridget, John, and Eileen; two grand children, Stephen and Tyler; and two great grandchildren, Jackson and Preston. A devote Catholic, Jim’s funeral mass will be held at Saint Mary’s Catholic Church, Corvallis on Saturday, August 24, at 11:00 am. He will be interred at Willamette National Cemetery.

The family of James Edward Torpey created this Life Tributes page to make it easy to share your memories.