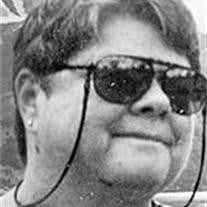 Corvallis resident Jo Anne Fletcher Dammarell died from complications of heart disease Sunday, Feb. 17, at Good Samaritan Regional Medical Center in Corvallis. She was 58. Jo was born at Children’s Hospital in San Francisco to David and Norma Fletcher on Aug. 24, 1949. She was the eldest of four children. Jo lived in Mill Valley, Calif., for most of her life, graduating fromTamalpis High School in 1967. She attended College of Marin in Kentfield, Calif., where she concentrated on fashion design. In her youth, Jo was a member of the Tam High swim team and was a certified Red Cross lifeguard. She also excelled in gymnastics on the parallel bars and vault. Jo met her husband-to-be, Roger Dammarell, in December 1965. They were married May 29, 1976, at their residence in Mill Valley where they lived for 23 years until moving to Corvallis in 1998. In the early 1970s, Jo worked in an administrative position on the “Partridge Family” and “Here Comes the Brides” television shows at EUE Screen Gems in Burbank, Calif. Jo later worked as a receptionist at several San Francisco Bay area businesses, including KNBR Radio, Golden Gate University, and LucasFilm. She worked for West America Bank corporate headquarters for 13 years until moving to Corvallis. In Corvallis, Jo worked at the Corvallis Chamber of Commerce and ATS Systems. Jo loved animals of all kinds, but was especially fond of cats. Some of her most pleasurable hours were spent grooming and combing them. She was a long-time volunteer at the Marin County, Calif. Humane Society. Donations to Safe Haven Humane Society, 33071 Highway 34, Albany 97322 or Heartland Humane Society, 398 S.W. Twin Oaks Circle, Corvallis OR 97333, are greatly appreciated. Jo and Roger enjoyed visiting Finley National Wildlife Refuge to watch and listen to geese, or “honker buds” as she called them. She always bid them a sad farewell in April and looked forward to their return to the Willamette Valley in November. Jo and her husband loved to travel when their cat “Peeps” would allow them. They recently visited Bryce Canyon, the Grand Canyon, Death Valley and Las Vegas. In early December 2007, they spent time in Maui, Hawaii. It was her first visit to the islands and she looked forward to returning again. Survivors include her mother, Norma Gumser of Lakeview; husband, Roger Dammarell of Corvallis; brother Stephen Fletcher of San Rafael, Calif.; and sisters Laurie Monical of St. Joseph, Mo. and Megan Fletcher of Sonoma, Calif. A memorial service will be from 5 to 7 p.m. Saturday, Feb. 23, at Simpson Hall, Church of the Good Samaritan, at 35th Street and Harrison Boulevard in Corvallis. Jo loved potlucks, so please bring a dish or nonalcoholic beverage to share with others following the memorial service. If you would care to contact her husband, you may do so at [email protected]

The family of Jo Fletcher Dammarell created this Life Tributes page to make it easy to share your memories.