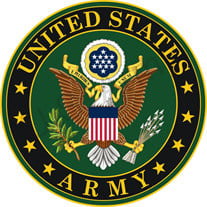 Joe Rictor Obituary July 22, 1943- November 27, 2020 Joe Avery Rictor, the only living person to have a Marvel Comic Strip Superhero, “Rictor” named for him, passed away from complications of pancreatic cancer, on Friday, November 27, 2020 at his Waldport home with Jane, his wife of over 50 years at his side. Joe was born in Corvallis, OR on July 22, 1943, the middle some of 7 boys to Harold Sr. and Betty Jean Rictor. The family, including Harold’s father, Tune (Pop) moved to a small farm on the Irish Bend Area in 1944. Joe attended the one room, Central grade school through 4th grade before moving to the 2 room Irish Bend School. Joe joined the U.S. Army in 1961 where he completed the basic Combat Medic course, then the Pharmacy Specialist course. He required a secret clearance for his assignments at Dugway Proving grounds and the Biological Research Labs at Fort Detrick, Maryland. He was later a non-commissioned officer in charge of Pharmacies at Fort Carson, Colorado, Tripler Army Medical Center, Hawaii; Silas B. Hayes hospital, Fort Ord, California; then to his last assignment as NCOIC and Chief enlisted instructor of the Army Pharmacy School at the Academy of Health Sciences, Fort Sam, Houston, Texas. He was awarded many awards including four Army Commendations Medals, three meritorious service medals and a recommendation for the Legion of Merits, which is still hanging on his wall. Joe met his wife, Jane (Cervantez) in San Francisco, California. They both had a passion for travel and traveled in 14 countries in Europe with their tent and cook stove in the trunk of their car. Back in the States, they bought a trailer, then a cab-over camper and crisscrossed the US many times. In 2017, they flew to Boston, rented a car and drove the last 6 New England State to drive all 50 states, including 4 trips to Alaska. In addition to travel, Joe enjoyed riding a horse at full gallop, reading, music, dancing. gardening, crabbing and time with family. After retiring from the Army, Joe and Jane moved back to the family farm where they raised their two sons, James and Joseph. In 1982, they opened Rictor’s Comic Heaven in Corvallis and in Salem the next year. Over the years they made many friends, both customers and employees. In 2008, Jane was offered a supervisory position in Newport, so they closed shop and moved to Waldport. Joe is survived by his brother, Jack of Kansas, his wife, Jane, sons, James and Joseph, daughter, Lorraine, nine Grandchildren, Brock, Marie, Amanda, Christin, Sara, Jazzman, Caleb, Jessie and Jarode; great grandchildren Katlin and Paten and many nephews and nieces. He is preceded in death by his son, David, brothers, Harold, Larry, Dan, Bob, Skip, and parents, Betty and Harold. At Joe’s request there will be no services due to Covid. Condolences for the family may be left at www.demossdurdan.com

The family of Joe A. Rictor created this Life Tributes page to make it easy to share your memories.