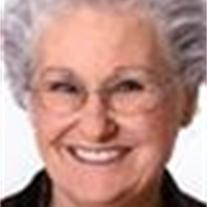 Summit resident Johanna Bullock died Monday, Aug. 3, at Good Samaritan Regional Medical Center in Corvallis. She was 73. Johanna was born in 1936 in Phoenix, Ariz., to John and Bertha Brodie. Her early years were spent in Glendale, Ariz., until the family moved to a small farm near Buckeye, Ariz. She attended Buckeye Elementary and High schools. She was a good student, and played on softball and tennis teams. In 1954, she married Danny Mark Bullock and started a family. She became a nurse, graduating at the top of her class. She also worked four U.S. Censuses and was going for her fifth. Her husband’s retirement brought her to Summit, where she found her niche. She was active in the community, and became a Master Gardener and a member of the Summit Star Quilters, the Enduring A’s Model A Club and the Helping Hands support group. She was preceded in death by a brother, Albert Rivers, of Sweet Home. Survivors include her husband, Mark, of Buckeye; her daughters, Laurie Carter of Oregon City, Holly Young of Philomath and Lainie Hilleary of Lake Arrowhead, Calif.; seven grandchildren; her sisters, Jean Hamilton of Flagstaff, Ariz., and Aliene McMinn of Parker, Ariz.; and her brothers, Ed Rivers and Max Brodie of Rodeo, N.M., Robert Brodie of Peoria, Ariz., and Charles Brodie of Phoenix. Burial will take place at 5 p.m. Thursday, Aug. 13, at Summit Cemetery. A memorial will follow at 7 p.m. at Summit Grange on Summit Highway in downtown Summit.

The family of Johanna Bullock created this Life Tributes page to make it easy to share your memories.