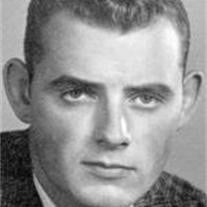 John W. Graves, 70, passed away on Sept. 18, 2010, after a courageous year-long battle with neuropathy and surgical complications. John was born Jan. 14, 1940, in Grand Junction, Colo., to Dr. Kenneth and Thelma Graves, descendants of pioneer families who could trace their lineage to passengers on the Mayflower. John had a lifelong interest in American history, probably because of to his family’s history. He especially related to the history of American firearms. John graduated from the Colorado Rocky Mountain School in Carbondale. He was on the Aspen Ski Patrol, played on the school soccer team, and sang madrigals with Paula Mechau. John attended the University of Denver, where he met Kristin Carlson. They married in 1961 in Moline, Ill. John’s work centered mainly on the financial industry. However, he held a number of other jobs, including spike driver for the Green River, Utah, railroad; surveyor for the uranium industry in Bear’s Ears, Utah; guard for the Adams County Jail; driver for Brinks Armored; gas monkey for Walker Field Airport in Grand Junction; and firearms salesman. John was a lifetime member of the Methodist Church, the Colorado Gun Collectors Association, and the Albany Pistol and Rifle Club, and president of the Grand Junction Kiwanis Club. He was awarded a graduate degree in savings and loan administration from Indiana University, and was board chairman of Valley Federal Savings and Loan. Some of the favorite memories the family has of John are watching him build and fly model airplanes, running his model railroad, talking about the history of Colt firearms, eating clam chowder at Nye Beach, looking for the perfect antique pen, listening to tall tales by the campfires in the Southwest, and hearing stories of the early fur trappers of the West. “Them was shinin’ times!” John is survived by his wife, Kristin; daughter Jennifer and her husband, Rob Hibbs; son, Garth; grandchildren, Zachary Ekstrom and his wife, Nicole, Conner and Kaitlyn Hibbs, and Brandon, Heidi, Spencer, Acacia and Daphne Graves; great-grandchildren, Colin and Halle Ekstrom; sister, Jari Graves-Highsmith and her husband, Don; James and his wife, Nancy; niece Raissa, and nephews Leathan Graves-Highsmith and Conrad Cahoj. A celebration of life will take place at 10 a.m. on Oct. 2 at the First United Methodist Church in Corvallis. Interment in Colorado will be held on Oct. 30. In lieu of flowers, donations can be made to the Colorado Rocky Mountain School in Carbondale.

The family of John Graves created this Life Tributes page to make it easy to share your memories.