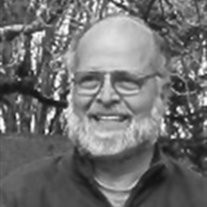 John M. “Popper” Holdorf, 1942-2013 John Martin “Popper” Holdorf (March 8, 1942 – May 5, 2013) died at home in Corvallis in the company of his wife and youngest daughter from complications of cancer. He leaves behind a loving family: his wife Catherine Elaine Coombs Holdorf; children Adam Hyla, Chrystal Young, Willow Holdorf, and Rose Holdorf; stepdaughters Shannon Slate and Laura Ordene; and several grandchildren. Popper worked as a writer, a builder and remodeler, and recently added the title of inventor when he patented the “Squeeze ‘n Pull,” a device to soothe the legs of people suffering from edema. Popper always looked toward a new project or idea with a sparkle in his eye; his unique enthusiasm brought smiles to everyone who met him. He took particular joy in design, whether it was the sleigh bed he built for his daughter over a five-year period, or the giant swing he built at their former home on Arboretum Road. His wood furniture – crafted mostly for family members – interposes practicality and whimsicality. Popper’s problem-solving and work ethic were formidable. Even after his diagnosis of cancer in 1999, he persisted in working as a remodeler and as contractor for the Illahe winery building west of Dallas. He took great pride in the fruits of his labor. In addition to the works of his hands in homes and businesses throughout the Willamette Valley, he has left his legacy in the beautiful home and furniture he built himself, the books and stories he wrote throughout his life, and his grateful children. Popper was born and raised in Peru, Nebraska, the son of Peter Glandt Holdorf and Helen Hope Mathews Holdorf. After high school and a brief stint in college at Redlands, he worked in a Boston hospital in lieu of going to Vietnam, built grain silos in the Midwest and in Alaska and built boats in Birmingham. And when he wasn’t working he would hitchhike to either the West Coast or the East Coast -- bragging, decades later, that he traveled across the country on $15 or less. Eventually settling down in the San Francisco Bay Area, he hung out with a band of young artists and began to write works of fiction about his home state – a place he returned to in words throughout his life – under the literary nom de plume “Johnny Popper,” in celebration of the John Deere tractor. It was in the Bay Area that he met and married Talitha Francine Randle, acting as stepfather to her daughters from a previous marriage. He and Francine and their young son moved to Corvallis in 1977, where they bought a house on Arboretum Road and where Popper worked as a carpenter. Francine was killed in an automobile accident in 1981. Popper was remarried to Catherine Elaine Coombs Young in 1984, and together they raised two children from their previous marriages and two children from their own in a house he designed and built north of Corvallis. Popper was so proud of the family he made and loved, and his dedication was unsurpassed. Family, place and craftsmanship were three things that perhaps mattered most to Popper. His life was a bold venture in working, living and loving. A private memorial service for family and friends will be held at his home on Saturday. Gifts in his name can be made to Community Outreach (http://www.communityoutreachinc.org) or Benton Hospice (http://bentonhospice.org/).

John M. “Popper” Holdorf, 1942-2013 John Martin “Popper” Holdorf (March 8, 1942 – May 5, 2013) died at home in Corvallis in the company of his wife and youngest daughter from complications of cancer. He leaves behind a loving family: his wife... View Obituary & Service Information

The family of John M. "Popper" Holdorf created this Life Tributes page to make it easy to share your memories.