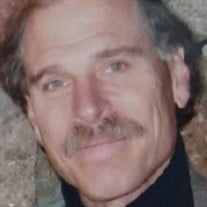 John (Jack) N. Pinkerton passed away on January 11, 2022, in Adair Village, Oregon, surrounded by dear friends. He was born in Englewood, New Jersey, to John and Dorothy Pinkerton, and grew up in Montvale, New Jersey. He then went across the country to attend Oregon State University (OSU). Following graduation from OSU, he enjoyed a few years of backpacking, skiing, and other outdoor recreation before joining the Peace Corps. As a Peace Corps volunteer, he served as a fisheries specialist in Nepal. There, he developed a deep bond with the people of his Nepalese village community, which fueled his life-long interest in connecting with people around the world. Jack then went to graduate school, earning a Ph.D. in Plant Pathology from OSU in 1983. Following graduate school, he did research in plant pathology at Washington State University in Prosser, the Oregon Department of Agriculture in Salem, and the USDA-Agricultural Research Service, Horticultural Crops Research Laboratory in Corvallis, where he worked from 1988 until his retirement in 2010. Jack was a phenomenal athlete, with a special passion for running and bicycle riding. He biked thousands of miles each year and did lengthy bicycle tours of New Zealand and Chile, making friends along the way. He spent countless happy days riding the roads of Oregon with friends, many of whom were fellow members of the Mid-Valley Bicycle Club. Jack aimed to have a light footprint on the Earth, so he bicycled nearly everywhere he went; his little gray car appeared to be on the verge of abandonment because it was driven so rarely. It was not uncommon for Jack to ride his bike from his home in Corvallis to Portland or another ambitious destination just to have dinner or lunch with a friend. Bicycling was not Jack's only athletic endeavor: friends struggled to keep up with him on hiking trails and in canoes, he was an elite runner, and his energy and stamina were legendary. Jack dedicated much of his life to developing sustainable living and agricultural practices. A skilled carpenter, he single-handedly renovated his Corvallis home to be as close to carbon neutral as possible. An avid organic gardener, he lavished his friends with the abundant produce he grew. His professional life focused on developing sustainable practices to manage plant diseases in agriculture. For most of his career, his research focused on plant-parasitic nematodes, which are round worms that cause tremendous damage to plants primarily by feeding on roots. This research involved working with plants in the field, which he loved because it combined his capacity for hard physical work, his love of the outdoors, and his dedication to meaningful science contributing to sustainability. His research was successful in identifying ways that growers could grow crops more sustainably, enabling them to reduce their use of chemical fumigants and plant crops with rootstocks that are resistant to nematodes. Jack was a member of the Society of Nematologists, the American Phytopathological Society (APS), and the Organization of Nematologists of Tropical America. In 1998, his scientific contributions were recognized by APSís Lee Hutchins award, a national award bestowed to only one individual or team each year.Above all, Jack valued his community of friends, colleagues, and neighbors. Whether at work, home, or on the road, Jack was known for his willingness to lend a hand to others. As one friend expressed it: Jack was kind and friendly to everyone he met, and always looked out for those who were in need of help. He was a good friend to many, and he was blessed with many friends. Jack was preceded in death by his parents, John and Dorothy Pinkerton, and is survived by his sister, Jane Steele. He will be remembered for his seemingly endless energy and stamina, dedication to helping others, commitment to sustainability, and tremendous capacity for friendship. Arrangements by DeMoss-Durdan Funeral Home 541-754-6255

John (Jack) N. Pinkerton passed away on January 11, 2022, in Adair Village, Oregon, surrounded by dear friends. He was born in Englewood, New Jersey, to John and Dorothy Pinkerton, and grew up in Montvale, New Jersey. He then went across the... View Obituary & Service Information

The family of John N Pinkerton created this Life Tributes page to make it easy to share your memories.