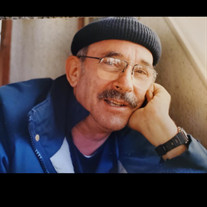 Dr. John Theodore Vincent, aged 93, went to Christ peacefully holding his Rosary Crucifix on April 23, 2022, at his home in Corvallis, OR. “Doc”, as he was affectionally known was born on June 12, 1928, on Queen Anne Hill in Seattle, WA to H.C. Vincent and Evelyn Rodrigs. Being a devote Catholic family, John was named after Msgr. Theodore M. Ryan, who he stayed close to. Having completed his undergraduate degree with honors at his beloved Notre Dame University, (where he lettered in fencing), he entered St. Louise University to obtain a medical degree. He served in the US Navy for 20 years and retired as a Captain. He had an amazing military career at 18 duty stations to include head medical office in Phu Bai, Vietnam, and Chief of Medicine at Camp Pendleton, and Marine Corp Air Station El Toro. His secondary specialty was Naval Flight Surgeon. He was proud to have been assigned to the 3rd Medical Battalion under the 3rd Marine Division in the Pacific. Following his military career, he had private practice locations in Orange County, CA, and Divide and Cripple Creek, Colorado. Before his retirement he served as the assistant director of the Oregon State University student health center. John had a passion for many hobbies to include hunting duck at Double Down Duck Club, live member at Albany Pistol Club, Benton County Search and Rescue, Ham Radio and raising 6 Alaskan Malamute dogs over 45 years. We will miss him singing the Notre Dam Fighting Irish Cheering Song, and the Marine’s Hymn. He was an avid L.A. Times crossword solver and joke teller. He was a parishioner of St. Mary’s Catholic Church, Corvallis, for 40 years. Those left to cherish his memory include his “son”, James Spencer of Corvallis, OR, nephew, Trey Vincent of Moses Lake, WA, and niece Cynthia Bellows of Mill Valley, CA. He lived his life in service to his family, patients, country, friends, and church. His faith was evident by all who knew him. He will be deeply missed by so many. “End of message at this time”