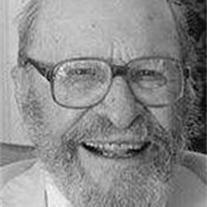 Dec. 17, 1916 - Nov. 27, 2011 Author, political theorist and lifelong advocate for global progressive causes J.P. Morray died on Sunday, Nov. 27, in Corvallis. J.P. was 94 years old. Author of eight books, Mr. Morray studied and wrote on many of the key political forces of the past 60 years, including the McCarthy era, disarmament and the Cold War, Cuba, Algeria, France and Panama. J.P.'s great love for world travel allowed him to see firsthand many of the issues he analyzed. Mr. Morray was born Dec. 17, 1916, in Vienna, Ill. He attended the University of Illinois; the United States Naval Academy; St. John's College, Annapolis; Harvard Law School; and the University of Paris. He taught law and sociology at the University of California at Berkeley, University of Havana, and the University of Chile. Mr. Morray served in active duty in the U.S. Navy during World War II and the Korean War, and reached the rank of Commander, USNR. He served at the United States Embassy in Spain in the early 1950s. He practiced law in Corvallis for 12 years, until 1981. A lifelong scholar and lover of Shakespeare, he attended the Oregon Shakespeare Festival in Ashland every year. Prior to each performance, he would describe and analyze the upcoming play to his growing family and friends. Many came to appreciate Shakespeare through J.P.'s legendary descriptions in Ashland. J.P. was a great admirer of France and the French language and culture. He visited whenever possible, watched French news each night over the Internet, and participated for many years in the French discussion group in Corvallis. Mr. Morray was married to Dr. Marjorie K. Morray for 62 years, until her death in 2006. He was deeply devoted to his family, and leaves a brother, Jerry Morray of Williamstown, Mass.; two sons, Joseph P. Morray Jr. and daughter-in-law Claudia of Dover, Mass., and Dr. Darian Morray and daughter-in-law Karen of Eugene; five grandchildren, Elisabeth, Meredith, Patrick, Alexander and Andrew Morray; and three great-grandchildren. Contributions in remembrance of J.P.'s life can be made to the Oregon Shakespeare Festival. A celebration of his life will take place at 11 a.m. Saturday, Jan. 28, in the Construction and Engineering Hall at the LaSells Stewart Center at Oregon State University.

The family of Joseph Morray created this Life Tributes page to make it easy to share your memories.