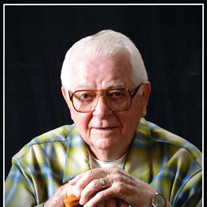 Aug. 26, 1931 — Nov. 2, 2016 Joseph E. Worth III, 85, of Philomath died Nov. 2 in Corvallis. Born in Salem on Aug. 26, 1931, to Geary and Edith Worth and younger brother of Edward Worth, Joe Worth III grew up in Eugene, graduated from Eugene High School and entered Oregon State College (OSC) in 1950. In 1953, he left to serve in the U.S. Army and returned from active duty in 1955 to earn his Bachelor of Science in Civil Engineering as an honor student and Kappa Sigma Fraternity member in 1958. He completed his Master of Science in Fluid Dynamics, Hydraulics, and Structural Engineering (1961), while an instructor in civil engineering from 1958-1962 and working on the hydraulic design modeling of the Hanford K-Reactor core water system. Throughout these years, he worked as a surveyor and engineer for the Oregon State Highway Department. Joe joined some of his former OSC instructors as an entry-level civil engineer at CH2M in 1962. He devoted his entire 33-year career to help grow and lead CH2M, advancing through the ranks to become the U.S. Eastern District Manager, Director of Professional Practice, and serve four terms on the CH2M Hill Board of Directors. Joe took great pleasure serving in leadership roles with professional organizations, culminating with his role as Chair of the Engineers Joint Contracts Documents Committee (EJCDC) in 1993-1994. Joe married Carol Reagan in 1953 and had their daughter, Marianne, in 1957. They divorced and Joe married Jean Mortensen in 1976. Joe adopted Jean’s son, Phill, in 1984. Joe is survived by his wife, Jean; daughter Marianne Rudd and son-in-law Terry Rudd; son Phill Worth and daughter-in-law Lynn Mallicoat Worth; grandsons Erik Rudd, Sam Worth and Ike Worth; nieces and nephews Kris Worth Kalsic, Jody Worth Bartja and Ed Worth; and his namesake nephew Joseph E. Worth IV. Joe shared many stories of growing up and working at the Eugene Ice Arena, driving the Zamboni, working alongside his brother and under the supervision of his father and mother. He was a promoter of family traditions that included hunting, fishing and camping, and the commensurate teaching and storytelling that came with these occasions. Throughout his life, he dedicated himself to teaching, mentoring and leading his family and professional colleagues. He was committed to the virtues of honesty and integrity, of working smarter not harder, and doing your best. He used his life experience to teach that, “It’s not how you start; it’s how you finish.” We love you Papa Joe! A service will be at 11 a.m. Wednesday, Nov. 9, at Peace Lutheran Church, 2540 Applegate, Philomath. Memorial contributions may be made to Peace Lutheran Church Shepard in Training.

The family of Joseph E. Worth created this Life Tributes page to make it easy to share your memories.