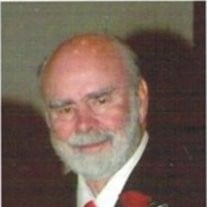 Karl James Proctor was born in North Reading, Massachusetts to Edith (Needham) and Karl Herbert Proctor on September 26, 1930. Karl graduated from Reading High School in 1948. He was the Winter Carnival King in 1948; and in 1947 he had scored a 65-yard run to put Reading ahead of Stoneham during the Thanksgiving Day Game. Karl received the Ingersoll award on December 11, 1947 for his performance in the backfield of his High School football team. He would go on to play two years of football for Norwich University in Northfield, VT. Karl was his freshman class president and he served as president for his fraternity, Sigma Alpha Epsilon while at Norwich University. He graduated with a Bachelor of Science in Civil Engineering at Norwich University in 1953. Upon graduation, he received a commission as a reserve second lieutenant for the U.S. Army. Karl worked with the Illinois Highway department before he entered active duty with the U. S. Army. In 1953, he served in Korea as an officer in charge of loading and off loading equipment for the military forces on site. He continued to serve at Fort Baker- that is located immediately North of the Golden Gate bridge. He enjoyed being an underwater diver in the San Francisco bay; whereby he worked to develop the Bay Model. He was discharged from the U.S. Army as a first lieutenant in 1956. He went to Colorado Springs, Colorado to work for Skidmore, Owings, & Merrill. While he was there he worked on the construction of the Air Force Academy. He met and married Georgine A Doyen of Two Dot, Montana. Together they raised two daughters, Julie Ann-May 1957 and Linda Kay-November 1958. Karl and Georgine would be married for nearly 40 years, when they decided to divorce. Georgine passed away in 2008. Karl worked for the U.S. Department of the Interior’s, Bureau of Indian affairs, in Gallop, New Mexico. He went on to get a job with the U.S. Army Corps of Engineers; whereby he was able to accumulate 30 years of federal service. He worked in offices located in Boston, MA and in Portland, OR; and he specialized in dams, rivers, and harbors. He monitored jetties and levies on the Oregon coast and inland rivers. His work included, planning, decision and construction of a wide variety of projects. He noted to his grandchildren that his biggest career accomplishments were his work on the Air Force Academy at Colorado Springs and the second lock at Bonneville Dam on the Columbia River near Cascade Locks, Oregon. On Valentine’s Day 2008, Karl married Ann Beoka of Sweet Home, Oregon. They enjoyed going on several cruises and trips together. During their years together, Karl would often tell people that he was on a honeymoon with his “bride”. In 2012, they went on a coast to coast trip to visit family and friends. He enjoyed going to Spirit Mountain with her. His wife Ann, his love, survived him. Karl’s life ended on November 30, 2013 from natural causes. He was at his home in Sweet Home, Oregon. He was survived by his daughters, Julie Ann Driscoll (husband Micheal) of Peoria, IL and Linda Kay Jaqua (finance Steve Prowant) of Happy Valley, OR; and his step daughters, Krissy Beoka of Boise, ID and Kathy Beoka of Lebanon, OR. One sister, Louise (husband Ken) Shields of New Durham, NH survives him. A sister, Priscilla (Loud) DeGroot of Wilmington, MA and a brother, Arthur (wife June) Proctor of North Reading, MA superseded Karl in death. He is survived by four grandchildren Natalie Chancellor, Anthony Driscoll, Julia Chancellor, and Nick Chancellor. Karl will be laid to rest at Willamette National V.A. cemetery located on Mount Scott in Portland, Oregon. Send donations in lieu of flowers to the Disabled American Veterans at http://www.dav.org/ or a charity of your choice. Karl’s memorial service will be on December 23rd at 10 AM at 11800 SE Mt. Scott Boulevard; Portland, OR 97086-6937; (503) 273-5250. A reception will follow this memorial service at the home of Linda Kay Jaqua and Steve Prowant.

Karl James Proctor was born in North Reading, Massachusetts to Edith (Needham) and Karl Herbert Proctor on September 26, 1930. Karl graduated from Reading High School in 1948. He was the Winter Carnival King in 1948; and in 1947 he had scored... View Obituary & Service Information

The family of Karl James Proctor created this Life Tributes page to make it easy to share your memories.

Karl James Proctor was born in North Reading, Massachusetts to...