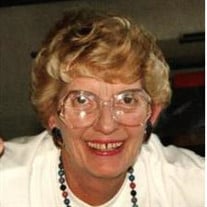 Katherine “Kay” Jean Carpenter, 88, of Corvallis passed-away peacefully on Sunday, June 28, 2020 at her home surrounded by her loving family. Kay was a Navy wife, Mother to three and Grandmother “Gram” to six. She was born in Roseburg, Oregon to Ralph and Jean Smith. As she grew up, Kay’s family moved to Bandon, Astoria, and finally to Lake Grove (Oswego), Oregon. Upon graduating from Lincoln High School in 1949, Kay worked several jobs in the Portland area, ultimately working at the Meier & Frank’s department store, as a model and clerk. In 1953, she was reacquainted with an old-school friend, Lawrence “Larry” Jay Carpenter who was in the U.S. Navy. The couple married on February 27, 1954, in the Lake Grove Presbyterian Church; and they remained married for 57 years until Larry’s passing in 2011. While Larry had an illustrious naval career that required him to serve away from their family, it was Kay who took on both parenting roles to their three children. For 22 years, their family lived at various naval bases around the United States: Port Hueneme, California; Boston, Massachusetts; Bath, Maine; Bremerton, Washington; Charleston, South Carolina; Virginia Beach, Virginia; San Diego and Monterey, California; and Corvallis, Oregon. Kay treasured being a Navy Officer Wife (NOW). Kay enjoyed volunteering at Navy Thrift shops, Navy Relief Society offices, and as a Red Cross dental assistant. She also loved entertaining and hosting parties. In 1976, Larry and Kay retired from the Navy and moved their family to Corvallis, Oregon. Kay worked as a dental assistant in the office of Dr. Mueller. In 1980, Larry and Kay started their own company and worked together for 32 years to successfully build Homeport Realty. She became a “second mother” to the hundreds of tenants that rented houses managed by Homeport Realty. Kay cherished the time she could talk with their tenants when they came into the office to pay their monthly rent. “They were family” and she was always concerned that they were eating properly and getting enough sleep. Kay enjoyed many hobbies and activities including: Crabbing on the Oregon coast, mowing her lawn atop her John Deere tractor, cultivating her beautiful yard, flower beds and vegetable gardens, and tending to the wildlife in her yard. For decades Kay held an annual neighborhood Easter egg hunt. Soon, the original Easter egg hunting children were bringing their children and then their children’s children to the annual event. Try as she may, there were usually one or two eggs were never found until Kay was mowing her lawn several weeks later. She traveled to visit her children and grandchildren within the United States (Alabama, Indiana, Kansas, and Oregon) and even traveled to Hawaii and Japan. One of Kay’s fondest trips was celebrating Larry and her 50th wedding anniversary in New Orleans. Kay was preceded in death by her husband Larry Carpenter; and is survived by her brother-Rob Smith (Ralph R. Smith, Jr.); son-retired Navy Captain Carl Carpenter (Maria); daughter-Katherine “Kathy” Coburn (Clarke); and son-Doctor Lawrence “Chip” Carpenter, Jr. She was the Grandmother “Gram” to six: Rachel, Anthony, Katelyn, Austin, Trey, and Grant. Kay will be lovingly remembered as a Navy wife, Mother, Grandmother “Gram”, whose heart was filled with abundant love. She was genuinely interested in knowing others, possessed a curious and inquisitive mind, a kind and vivacious spirit, and always loved to have FUN. Kay will be laid to rest with her husband Larry, in a private family ceremony at the Twin Oaks Memorial Cemetery. Online stories and condolences for the family can be posted at www.demossdurdan.com. In lieu of flowers the family asks that donations be given to the Vina Moses Center in Corvallis in care of Kay Carpenter.

The family of Katherine "Kay" Jean Carpenter created this Life Tributes page to make it easy to share your memories.