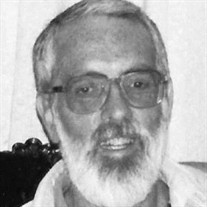 Dec. 26, 1927 — Sept. 20, 2015 Jack Whitney, 87, died Sept. 20, 2015, with his loved ones by his side. He was born in Adel, Iowa, the son of Carolyn and Glenn Whitney. When he was 9 years old the family moved to the San Francisco Bay area. He graduated from the University of California in Berkeley, served two years in the U.S. Army, attended Stanford University, Oregon State University, San Diego State and Western Oregon University, He met Marion Swanson on the tennis court in the hills of Oakland, California, in August 1952. They were married on Dec. 20, 1952. Three sons were born, David in 1956, Paul, 1959 and Daniel, 1961. The family moved to Newport in 1965 where Jack began his teaching career and did research in marine biology at the Mark Hatfield Marine Science Center. In 1969 the family moved to Corvallis where Jack was instrumental in the planning and opening of Crescent Valley High School in 1971. He retired from teaching high school in 1985 and taught part-time at Linn-Benton Community College. He was an avid reader and writer. He wrote articles that were published in scientific magazines. He wrote A Field Guide to Seashore Life on Rocky Beaches of the Central Oregon Coast, published in 1968, one of the first of its kind. He was an artist and sculptor with a passion for exotic hardwoods, creating beautiful works of art which he gave lovingly to friends and family. He loved great literature and art of all kinds. His son, Dan, was born with hemophilia. With the help of Dr. David Kliewer and Jack, Dan was able to control his bleeds by infusing himself at home. In 1975 Jack testified before the Senate Human Resources Committee to obtain financial aid for hemophiliacs once they turned 21. Albert Schweitzer was a hero of Jack’s. In 1960, Jack’s own words, “Schweitzer realized the first fact of consciousness is — for each of us — the ‘will to live’ and that we live among other creatures, each having a ‘will to live.’ Reverence for Life, then, is the most fundamental spiritual value that exists: reverence for one’s own life, the lives of others, and of plants and animals.” Jack was preceded in death by his son, Daniel; and nephew Eric Wundermann. He is survived by his wife, Marion; sons Paul and David, and David’s wife Jeni; Dan’s partner, Evelyn, and her children Miro and Wilhelmina; sister Shirley and husband Charlie Wundermann; and nephew Karl and wife Lisette and their children, Erik and Zoe Wundermann. A private celebration of Jack’s life will be held in the family home. Memorial contributions can be made to OHSU Foundation for the Daniel Whitney Memorial Foundation, 1121 S.W. Salmon, Suite 100, Portland, OR 97205.

The family of L. Jack Whitney created this Life Tributes page to make it easy to share your memories.