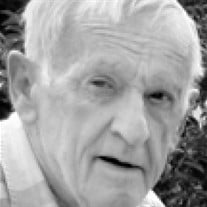 June 7, 1933 — May 5, 2014 Lavern John Weber of South Beach, who was Director of the Oregon State University Hatfield Marine Science Center in Newport for a quarter-century, died May 5, 2014, in Corvallis, at age 80. The first resident director of the center, his leadership ensured that the institution rose to prominence to become an internationally recognized center of excellence in marine research and education. One of six siblings, he was born to Jacob and Irene Weber on June 7, 1933, in Isabel, South Dakota. The family moved to a small dairy farm in Sultan, Washington, when he was a child. After graduating from Sultan High School, he began his advanced education at Everett Community College, receiving his Bachelor of Arts degree from Pacific Lutheran University in 1958; and a Master of Science degree (1962) and a doctorate in pharmacology (1964) from the University of Washington. He served on the UW medical school faculty from 1964 to 1969, and was the acting Washington State Toxicologist in 1969. Later that year, he joined the faculties of the OSU Department of Fisheries and Wildlife and of the College of Pharmacy, where his research changed focus from mammalian systems to physiology and toxicology in fishes. Dr. Weber’s initial experience with administration was as Assistant Dean of the Graduate School. In 1977, he was appointed Director of the Marine Science Center; he was Director until his retirement in 2002. He also simultaneously served for a number of years as Director of the Cooperative Institute of Marine Resources Studies and as the first superintendent of the Coastal Oregon Marine Experiment Station, the first experiment station in the United States to focus on marine issues. Lavern enjoyed teaching graduate students, and his mentoring included many evening gatherings of serious, and sometimes not so serious, scientific discussions. He maintained an open-door policy which extended to everyone at the HMSC and community members visiting the center. Every member of the faculty and staff experienced individual time with Lavern as he took each of them out for casual conversations on his muffin breaks. He encouraged faculty, staff members and students to develop their own strengths, stretching beyond their comfort zones. As a professor, researcher, director and, also in his last few years before retirement, as associate dean of the College of Agricultural Sciences, he could see many points of view, and always was willing to listen. He cultivated an atmosphere of conviviality and cooperation that grew into the institution’s key strength: collaborative research. Under his leadership, the center grew as a number of federal agencies joined OSU departments and Oregon Fish and Wildlife at the center. Lavern also oversaw the remodeling of the Visitor’s Center, expanded ship operations, an expanded seawater system, the addition of several buildings, and the expansion of student and faculty housing with the associated offering of academic courses based at the center. Lavern received many honors, including the OSU Alumni Association’s Distinguished Professor Award in 1992, and membership in the College of Agriculture’s Diamond Pioneer Agricultural Career Achievement Registry in 2009. Of all, his favorite award was the OSU Office Professionals Association’s Boss of the Year Award in 1989. Community and university activities blended and were acknowledged with his receiving of the Oregon Friend of Extension recognition and Oregon Sea Grant Partnership Award. In 2006, he was named a Lincoln County Community Legend. He was an active member of Rotary, and served on the Board of Trustees of the Newport Public Library, and the boards of directors of the Oregon Coast Aquarium and the Lincoln County Historical Society. He was a founding member of the Yaquina Bay Economic Foundation, and had time as chair of Oregon Coast Council for the Arts. Lavern advocated for the training of aquarists, and in 2003 saw the start of the Aquarium Science Program at Oregon Coast Community College. Above all, Lavern was a man of integrity and humility combined with vision and perseverance. His interests spanned topics from philosophy to woodworking (he built each of his children a grandmother or mantel clock). He loved travel and gardening (he planted hundreds of daffodils around the HMSC). He was proud of his children, who all have traveled very different roads with success. He loved his grandchildren and would hang out with them whenever the chance arose. The annual Christmas gathering of the whole family was a highlight. He is survived by brothers Edwin and Harlan; sisters Agnes and Natalie; his first wife, Shirley, and second wife, Pat; his four children, Tim (Lisa), Peter (Anne), Pamela (Ron) and Elizabeth; and four grandchildren, Jacob, Natalie, Wyatt and Talia. A celebration of life will take place at 6 p.m. July 26 at the Hatfield Marine Science Center. In lieu of flowers, donations can be given to the OSU Foundation for the Lavern Weber Visiting Scientist Fund or for the COMES Founders’ Scholarship Fund.

June 7, 1933 &#8212; May 5, 2014 Lavern John Weber of South Beach, who was Director of the Oregon State University Hatfield Marine Science Center in Newport for a quarter-century, died May 5, 2014, in Corvallis, at age 80. The first resident... View Obituary & Service Information

The family of Lavern John Weber created this Life Tributes page to make it easy to share your memories.