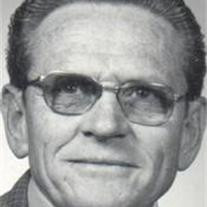 Longtime Corvallis resident Leland Christian Jensen died Thursday. He was 89 years old. Lee was born to Hans Edward Christian and Minnie Andersen Jensen in Hay Springs, Neb., where he lived until the summer of 1937. His family then moved to Oregon, first settling in the Salem area. Lee graduated from Salem High School in 1941. After graduation, he worked on local farms until he went to work for the Boeing Airplane Company in Seattle in December. He stayed at Boeing until April 1943, then spent a couple months with his family, who had moved to Junction City, before joining the U.S. Army Air Corps in July 1943. Lee remained in the Air Corps until October 1946. He was an airplane technician, and spent time in Europe during and after World War II. After his service time, Lee returned to Junction City, where he worked several odd jobs until he started at Grand View College in Des Moines, Iowa, in November 1948. In the fall of 1949, Lee returned to Grand View. Another Junction City family asked if their daughter, Barbara Brandt, could ride with Lee to school, as she would also be attending Grand View. In the summer of 1950, Lee and Barbara were married in Junction City. They went back to Des Moines for Lee’s final year, and in the fall of 1951, Lee and Barbara returned to Oregon, where Lee enrolled at Oregon State College. Lee graduated with honors in electrical engineering in 1954, and moved to Albuquerque, N.M., to work for Sandia Labs. After one year in New Mexico, Lee and Barbara returned to Corvallis, where Lee accepted a professorship of electrical engineering at Oregon State University. Except for a short period in 1961 and 1962 when Lee attended the University of Illinois to earn his master’s degree, Lee and Barbara remained in Corvallis. Lee retired from Oregon State in January 1987, after 32 years as a professor. During retirement, Lee and Barbara were active in the Danish Brotherhood in America. Lee served in leadership positions in both the Junction City Chapter and the Northwest District. They attended many Danish Brotherhood events throughout the country, and participated in cruises in the Caribbean and Alaska. They also took a trip to Denmark, the birthplace of their grandparents. Lee also made apples his retirement project by planting 800 apple trees on their five acres near Inavale School, where they had built a home in 1974. In addition to the apple orchard and large garden, Lee enjoyed woodworking and antique cars. His 1916 Studebaker California touring car was a prized possession. Survivors include daughters Ellen Marmon and her husband, James, of Eugene, Kathryn of Tualatin, and Gayle of Portland; sons Paul and his wife, Gaynelle, of Camas, Wash., David and his wife, Laurie, of Philomath, and Mark and his wife, Nancy, of Oregon City; 11 grandchildren; four great-children; and one great-great-grandchild. Lee is also survived by his brother, Roger Jensen and his wife, Joanne, of Lake Oswego; and sister, Arlene Hertel of Salem. Lee was preceded in death by his brother, Richard; and by Barbara, his wife of 60 years. Services will take place at 11 a.m. on Saturday, June 9, at Peace Lutheran Church in Philomath. In lieu of flowers, the family is suggesting donations to the Danish Immigrant Museum in Des Moines (www.danishmuseum.org).

Longtime Corvallis resident Leland Christian Jensen died Thursday. He was 89 years old. Lee was born to Hans Edward Christian and Minnie Andersen Jensen in Hay Springs, Neb., where he lived until the summer of 1937. His family then moved... View Obituary & Service Information

The family of Leland Jensen created this Life Tributes page to make it easy to share your memories.