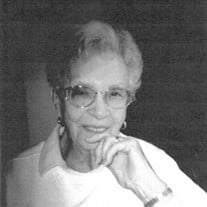 Lois Bybee, Perkins, Maddy August 18, 1927-June 25, 2020 Lois Maddy (92) was born in Downey, Idaho. She was the first of five children born to Leslie Ross Bybee and Ellathine Taylor Bybee. She graduated from Beauty School and married Glenn Perkins who later died in WWII. In 1946, she met and married Ervin D. Maddy and lived in Twin Falls, Idaho. They later moved to Sweet Home, Oregon and raised three children. She worked as a waitress; loved camping, gardening, and being a spectator at all of the kids’ baseball games. The family moved to Burbank, California in 1960 where she worked as a waitress until retirement and successfully saw all her children graduate from high school. She rode behind her husband on their motorcycle exploring California with friends and learned how to play golf, becoming active in women’s golf association clubs and winning tournaments. They returned to Twin Falls, Idaho for more golfing. She and Ervin were avid golfers; joined the country club and owned a golf cart. She then became a caregiver for her parents until their passing. Another move back to Oregon to be closer to family. She and Ervin enjoyed traveling throughout the Northwest with her brother and sister and their spouses, playing gold at many gold resorts. Lois loved playing in the dirt (vegetable and flower gardens), dancing to Big Band music, playing Pinochle, watching baseball, reading (before eye disease), going to the beach and eating lots of crab. Lois again became a caregiver for her son, Danny, who died of early onset Alzheimer ’s disease in 2006. She lost her husband to cancer in 2008. As her health declined, she lived first with her other son, David; and then finally she lived with her daughter, Marsha and her partner, Cathy Griffin, until her passing form complications of COPD. Lois is survived by son, David; daughter, Marsha; sister, Maxine Sharich of Utah; brother, Tom Bybee of California; and grandson, Jason Maddy of California. She was preceded in death by her parents, brothers, Ross Bybee Jr. and Jim Bybee; son, Danny Maddy; and husband, Ervin Maddy. At her request, no services will be held. She and the family would like to express appreciation to Lumina Hospice for their loving care and assistance during her health declining years. Please share your thoughts and memories for the family at www.demossdurdan.com

The family of Lois Perkins Maddy created this Life Tributes page to make it easy to share your memories.