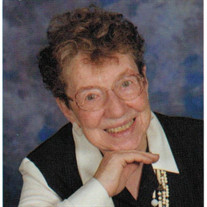 Marga M. Bryan March 1, 1930 – October 31, 2014 Marga Maria (von Weiss) Bryan, 84, passed away October 31st at Evergreen Hospice from complications of stroke. Marga was born Maria Margaretha von Weiss to Hans A. von Weiss and Renata (von Hungen) von Weiss in Portland, Oregon. She lived in Salt Lake City, Mount Angel and then again in Portland where she met Edwin M. Bryan. They married on August 4, 1951. After starting their family, they moved to Corvallis to put down forever roots. Marga began attending classes at Oregon State University when the youngest of her four children was in kindergarten. In 1971 Marga earned a B.A. in Education, and was named OSU’s Outstanding Student in Education. She was also selected as a member of Theta Sigma Phi as a Woman of Achievement. In 1972 Marga received a M.Ed. in Counseling. For over the next twenty years, she worked as a junior high and high school counselor, first in Sweet Home and Lebanon and after 1978 at Corvallis High School. As an active community member, Marga served on the boards of both the Linn County and the Benton County Mental Health Associations and on the Oregon High School College Relations Council. She volunteered on hotlines for crisis service and child abuse, an associate chaplain at Corvallis Good Samaritan Hospital, and served in the No One Dies Alone program. In 1988 Marga was named Crisis Service Hotline volunteer of the year. Marga’s many professional memberships include the Oregon Counseling Assoc., Phi Kappa Phi, Phi Delta Kappa, Business and Professional Women, and the American Assoc. for Counseling and Development. She was also a member of national, state, and city educational associations. Marga lived life to the fullest, traveling throughout the United States and abroad. In addition to her family, her other loves included cooking, quilting, painting, flower gardening; and reading mystery novels. Marga is survived by daughters: Rayni and husband Mike Lambert of Lander Wyoming, and Heidi and husband Roger Smith of Albany, Oregon; and sons: Karl and wife Kathy O’Shaugnessy of Beaverton, Oregon and Doug and wife Judy of Puerto Vallarta, Jalisco, Mexico; many grandchildren and great-grandchildren. She is also survived by brothers Hans and wife Anna von Weiss of Swampscott, MA and David and wife Carolyn von Weiss of Eden Prairie, MN; and sister Rae and husband Leon Yragui. In addition to her parents, she was preceded in death by her husband, Edwin; brothers, Hans von Hungen and Joseph von Weiss; granddaughter, Rachael Lambert, and niece, Laurie Davison. A celebration of her life will be at 11:00 a.m. Thursday December 4th at St. Mary’s Catholic Church, 501 NW 25th Street, Corvallis. A rosary service will be held at DeMoss- Durdan Funeral Home, 815 NW Buchanan Ave., Corvallis at 7:00 pm Wednesday December 3rd. Due to severe allergies, the family requests that guests refrain from wearing perfumes or colognes and please, NO flowers. If desired, memorial contributions may be made to Samaritan Evergreen Hospice or St. Mary’s Church in care of the funeral home.

The family of Marga Maria Bryan created this Life Tributes page to make it easy to share your memories.