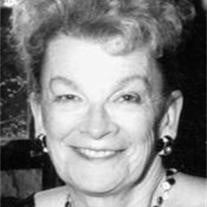 Marie was the first child born to Norwegian immigrant Olaf Ingebritsen Stegen and his wife, Anna Bertina Aamodt Stegen. Marie lived the first 12 years of her life on a homestead in northwest Montana near the Marais River with her parents and siblings Anne, Johnny, Clara, Lillian and Helen. Life on the homestead was both adventurous and difficult. As Marie explained, "Every day on the farm, we had animals to tend to and chores to complete, such as feeding the chickens and pigs. We had a horse named Babe, and I would place the bridle on her, grab the reins, jump on and gallop her bareback in the wide-open spaces of Montana." "I would round up the milk cows from where they were eating green grass in the pasture. We milked the cows and fed the calves with a baby bottle. We also had a mother pig and eight baby pigs. Johnny carried grain and milk in a bucket and poured it into the pig trough. We also fed the chickens and collected the eggs." "During the winter, the temperature went as low as 20 or 30 degrees below zero. We would harvest ice from the river by driving the truck on the frozen river and sawing the ice into two-foot blocks. These ice blocks were covered with straw and stored in a sod ice house for use later. We even had summertime ice cream parties. Life on the homestead was a lot of work, and sure was fun!" Marie's experiences of these early years helped carve an independent spirit that served her well throughout her life. In 1944, Marie's family moved from the homestead to a dairy farm in Clackamas County. She graduated from Canby Union High School in 1950, going on to earn a degree in home economics from Oregon State University in 1954. She met her future husband on campus at Luther House. Her final home ec project at OSU was the design and construction of her beautiful wedding gown. She married William Q. (Bill) Wick on June 20, 1954. Marie taught at Mount Vernon High School in Mount Vernon, Wash., then became a homemaker and mother with the births of her two lovely daughters. The family moved from Washington state to the Oregon coast, living in Netarts, Tillamook and Newport as her husband's Fisheries and Wildlife, Extension Service, and OSU Sea Grant career progressed. Upon moving to Corvallis in 1973, Marie started her real estate career, later opening her own real estate company, Marie Wick Real Estate, Inc., serving clients for more than 30 years. Marie was a longtime member of Grace Lutheran Church in Corvallis, and the American Association of University Women. Marie loved entertaining friends, family and business associates; and traveling to Australia, Europe, Scandinavia, Chile and many other locations worldwide. Marie enjoyed many activities with her husband during their 37 years of marriage, including hunting, ballroom dancing and retreating to the family cabin near Alsea. Years later, she embarked on many new adventures with her good friend Dick Cavallaro. Marie loved anything pink, and rarely would you see her without her pink lipstick, matching fingernails and brightly colored hats. Those who knew Marie have described her as an active, intelligent, tenacious woman who wasn't afraid to work hard, and who loved life and her family. Her sassy, sweet, one-of-a-kind personality made her a joy to be around, and she will be greatly missed. Marie died peacefully in her sleep. She was preceded in death by her husband, Bill Wick. She is survived by daughters Rosemary (Peter) Stevens of Palo Alto, Calif., and Susie (Damon) Doerfler of Corvallis; grandchildren Catherine and Ingrid Stevens, Bethany Marie Doerfler Hart and Logan Doerfler; and her siblings, Anne Berk of Vancouver, Wash., Johnny (Carol) Stegen of Woodburn, Clara (Richard) Ray of Lebanon, Helen Jo (Del) Krieger of Mount Vernon, Wash., Lillian (Ira) Lewis of Vancouver, Wash., and Martha (Roger) Straatmeyer of Sioux Falls, S.D. Remembrances can be made to the William Q. Wick Scholarship Fund, Dept. of Fisheries and Wildlife, Nash 104, Oregon State University, Corvallis, OR 97331. Please call Jan Cyrus at 541-737-1936 with any questions.

Marie was the first child born to Norwegian immigrant Olaf Ingebritsen Stegen and his wife, Anna Bertina Aamodt Stegen. Marie lived the first 12 years of her life on a homestead in northwest Montana near the Marais River with her parents and... View Obituary & Service Information

The family of Marie Wick created this Life Tributes page to make it easy to share your memories.