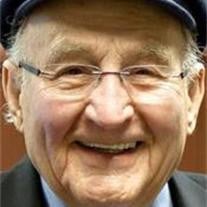 Mario D. Pastega peacefully passed away on Friday, Jan. 20, while his daughter, Lisa, held his hand. Although he was in the care of Overlake Hospital and Medical Center in Bellevue, Wash., all of Mario’s children and grandchildren were in attendance... View Obituary & Service Information

The family of Mario Pastega created this Life Tributes page to make it easy to share your memories.

Mario D. Pastega peacefully passed away on Friday, Jan. 20, while...