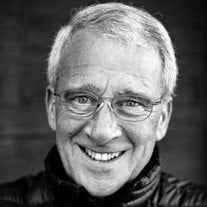 Mark McCambridge, who served as the vice president for finance and administration at Oregon State University during an era of unprecedented growth at OSU, died Thursday from cancer. He was 62. “Mark McCambridge was a very special friend of mine,” OSU President Ed Ray said. ... “Mark was instrumental in helping to plan the success that OSU is achieving today, and he championed the highest level of public service and fiscal transparency. He accomplished so much and touched so many lives because of his basic decency, integrity, compassion and sense of service. His word was his bond.” McCambridge’s colleagues remembered him on Thursday as an advocate for financial openness and transparency, a champion for sustainability efforts on campus and as an expert at getting building projects approved at OSU. For example, Ray noted, McCambridge’s work to negotiate a deal with the company INTO University Partnerships helped to double the number of international students attending OSU. Paul Risser, OSU president from 1996 to 2002, worked closely with McCambridge, and they remained friends after Risser left OSU to become chancellor of the Oklahoma State System of Higher Education. “I’ve had the pleasure of working with a number of fine administrators in my time, and Mark was among my most favorite,” Risser said Thursday. “He had a wonderful balance of being able to focus on what was right but also took a very human approach.” He said that McCambridge worked to make the OSU budget more transparent and understandable. McCambridge championed OSU’s sustainability efforts, helping the university rise to fourth in the nation for its use of renewable energy. Brandon Trelstad, OSU sustainability coordinator, praised McCambridge’s efforts to promote energy efficiency, expanded bike parking and installation of large solar projects. Jay Kenton, the vice chancellor of finance and administration for the Oregon University System, worked with McCambridge for two decades. “He was a genius in getting facility projects improved,” Kenton said. Construction projects that McCambridge played a major role in during his tenure included residence halls, athletic facilities and a state-of-the-art heating plant. McCambridge was born in Seattle, and graduated from Santa Clara University in California. He joined OSU in 1994 as director of business services. He held several positions at OSU before being named vice president in 2001. McCambridge retired from OSU in July 2013. The Oregon University System honored McCambridge in 2011 for his work in creating a financial system that provided the lowest administrative cost among peer and Oregon public universities during a time of rapid growth in enrollment. Last year, McCambridge’s two decades of service to the university were honored with the Honorary Alumni Award, presented by the OSU Alumni Association in recognition of his role in reorganizing the university to make more efficient use of resources and for his advocacy of fiscal transparency. McCambridge also was honored with one of OSU’s highest honors during commencement ceremonies in 2013, when he was presented with the Distinguished Service Award. Kenton, of the Oregon University System, said he sometimes wondered why McCambridge didn’t retire to a quiet beach. But after speaking with him about the idea, Kenton realized that McCambridge was doing exactly what he wanted to do. “He gave his life to the organization,” Kenton said. “His heart really was OSU.” McCambridge is survived by his wife, Betsy, his son, Mark McCambridge Jr., his daughter and son-in-law Kelly and Jason Hower, and his grandchildren, Patrick and Molly Hower. A celebration of McCambridge’s life is scheduled from 1 to 3 p.m. Sunday, Jan. 26, at the CH2M Hill Alumni Center Ballroom, 725 S.W. 26th St. The family requests that in lieu of flowers, donations be made to Benton Hospice Service, 2350 N.W. Professional Drive, Corvallis, Ore. 97330. Theresa Hogue of the OSU News and Research Communications office provided much of the information for this story.

Mark McCambridge, who served as the vice president for finance and administration at Oregon State University during an era of unprecedented growth at OSU, died Thursday from cancer. He was 62. &#8220;Mark McCambridge was a very special friend... View Obituary & Service Information

The family of Mark Edward McCambridge created this Life Tributes page to make it easy to share your memories.

Mark McCambridge, who served as the vice president for finance...