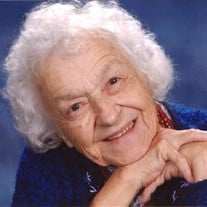 Mary Louise Young, 91, of Corvallis, passed away on May 25, 2016. She was born in Easton, Pennsylvania on June 3, 1924, to John H and Gladys Gunning. Mary Louise attended the Easton Hospital School of Nursing and became a registered nurse in 1946. During the Korean War, she entered the US Navy after her brother joined the Marines. After two years, she left the navy as a Lieutenant JG to return to school to finish her 4 year nursing degree at the University of Maryland School of Nursing. While there, she worked part time at a local hospital. It was there that she met her future husband, Robert H. Young, Jr., who was in medical school at the time. They were married in 1957. After Robert finished school, they moved to Milwaukee, Wisconsin and then to Wenatchee, Washington, before finally settling near Spokane, Washington where they remained until 1984. When Mary Louise wasn’t working, she kept herself busy volunteering, from being the neighborhood coordinator for the March of Dimes to being her daughter Helen’s Campfire leader. When her children were grown, she and Robert relocated to Oakland, Oregon. She was very active in the community and volunteered wherever her energy and talents were needed. She especially enjoyed helping children learn to read through the SMART program. Several years after her husband’s death, she moved to Corvallis to live closer to her daughter. Mary Louise loved to travel, visiting Russia, China, and Turkey, among other places. She had a zest for life and was always willing to try new things. She was preceded in death by her two brothers, John H. and Benjamin N. Gunning, her husband, Robert H. Young, Jr. and her son David Young. She is survived by her son and daughter-in-law Michael and Teresa Young of Palmdale, CA; daughter and son-in-law Helen and Mehmet Kupeli of Corvallis, OR; daughter-in-law Teresa Young of Salem, OR, and several grandchildren. Family and friends are invited to her Celebration of Life, 11:00 am, Saturday, July 16, at the Church of the Good Samaritan in Corvallis, 333 NW 35th Street, Corvallis. Donations may be made in her honor to the Sutherlin Oakland Emergency Food Pantry (183 W 1st Ave, Sutherlin, OR 97479) or to the Douglas County SMART reading program (PO Box 2358, Roseburg, OR 97470). Please share your thoughts and memories for the family at www.demossdurdan.com

Mary Louise Young, 91, of Corvallis, passed away on May 25, 2016. She was born in Easton, Pennsylvania on June 3, 1924, to John H and Gladys Gunning. Mary Louise attended the Easton Hospital School of Nursing and became a registered nurse... View Obituary & Service Information

The family of Mary Louise Young created this Life Tributes page to make it easy to share your memories.