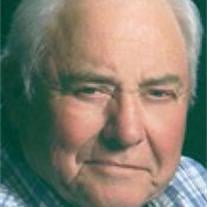 Maynard Kirkelie, a longtime resident of Corvallis and Albany, passed away Saturday at the age of 80, having lived a full and rich life. Maynard was born in Bowbells, N.D., the first son of Edmen and Helen Kirkelie. At the age of 11 he moved with his parents and siblings to Oregon, where his father got established in the wood business. He found joys of living in Oregon, where such experiences as picking strawberries were a first; however, his consumption in the field not only left him feeling sick, he was requested not to return the next day, for eating too many berries! His family settled in Lebanon and Maynard graduated from Lebanon Union High School in 1950. In his youth he participated in sports such as track and basketball, played the tuba in band and worked at Dairy Queen. After high school Maynard attended business school, worked at the mill, and on June 30, 1951, married his high school sweetheart, Lorna Mae Wagner. Maynard and Lorna built their first home in Lebanon and proceeded to grow their family. They had three children: Gregory Allen, Steven Mark and Carolee Ann. Maynard continued his quest for business acumen and took a position in the early 1960s with the J. Henry Helser Company, an investment firm in Corvallis, where he managed accounts and honed his skills. In 1969, he and Lorna purchased Corvallis Moving and Storage Company, agents for Lyons Van Lines and Bekins Van Lines. Maynard moved his family to Corvallis, where the moving business was the center of their lives for more than 25 years, and they were able to double the business growth every year for the first 10 years. Maynard was very involved in community service. He became a member of search and rescue after a practice recognizance located him following his plane crash in the Cascade Mountains. He was a lifetime member of the Santiam Fish and Game Association, Kiwanis and Elks, with many years of service projects focused on community. Over the years he and Lorna traveled extensively, enjoyed visiting family throughout the West Coast and spent time during the winter months at their home in Arizona. Maynard had a deep love of the outdoors, hunting, riding and packing his horses and mules to out-of-the-way mountain destinations. His great-grandson brought pure joy to his heart. Maynard was preceded in death by son Greg in 1981 and wife Lorna in 2005. Survivors include son Steven, daughter Carolee, granddaughter Kimberly Ann Love and husband David, great-grandson Mason Andrew Love, brother Kenneth Kirkelie of Lebanon, and sister Shirley Morehouse of Monmouth. The family writes: “Our father’s strength and vitality of presence will be deeply missed, as we have lost an incredible man.” A service will take place at 3 p.m. Friday, Oct. 19, at First Baptist Church at Ninth Street and Monroe Avenue in Corvallis. A light buffet will follow in the fellowship hall. In lieu of flowers, memorial donations can be made to the Good Samaritan Hospital Foundation, Ralph Hull Heart Center, 3600 N.W. Samaritan Drive, Corvallis, OR 97330.

Maynard Kirkelie, a longtime resident of Corvallis and Albany, passed away Saturday at the age of 80, having lived a full and rich life. Maynard was born in Bowbells, N.D., the first son of Edmen and Helen Kirkelie. At the age of 11 he... View Obituary & Service Information

The family of Maynard Kirkelie created this Life Tributes page to make it easy to share your memories.

Maynard Kirkelie, a longtime resident of Corvallis and Albany,...