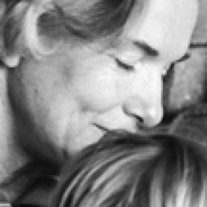 Molly Brown Canan April 22, 1915 — Sept. 5, 2013 In the early morning of Sept. 5, Molly Canan passed away quietly in her Philomath home at the age of 98. Throughout her adult life, those who knew her were struck by her intelligence, boundless energy, natural beauty, charm and style. She enriched the lives of her family as well as a multitude of friends who were drawn to her as she was to them. Born in Bakersfield, Calif., to Verne and Ruth Cary Brown, Molly grew to adulthood in the small California town of Ripon, where she immersed herself in literature, poetry and friendships that she retained and cherished. In 1931 the Brown family moved to Santa Monica where Molly soon met Bob Canan, and thus began a love and a marriage that lasted 66 years. Following Bob’s completion of law school, the young couple moved to Washington, D.C. Against the backdrop of the Great Depression, the New Deal, and the gathering clouds of war they lived and worked; Bob as an attorney for the government and Molly as an inner-city school attendance officer. In 1942, now with infant Mike, they moved back to California, ultimately to the Pacific Palisades, where new friendships took root. Molly’s insights into the world of childhood and the deep value of play found expression in the rearing of her own three children, and involvement in Cub Scouts, Camp Fire and PTA. As director of a neighborhood preschool, she kindled the imagination and creativity of generations of her charges. As her children grew and the nest emptied, Molly’s passions for art, calligraphy, cooking, sewing, recorder playing, reading, gardening, bridge groups, travel and everything French blossomed. Molly’s friends were her oxygen, and during this time her friendships deepened and grew. Throughout her adult life she and Bob loved to entertain, and their home was alive with food, drink, conversation, music and laughter. In 1976 the Canans moved to Oregon to be nearer their grandchildren, whom they nurtured as they had their own. Here they built a new life and new friendships. Always the consummate hostess, Molly made their home again a way station for travelers, a place of celebration for friends and family, and a second home to grandchildren. Molly became deeply involved in the Unitarian Fellowship, the Benton County Historical Society and the French Club. Even as age contracted the scope of her life, Molly was ever energized by a child in her arms, the morning sun on Marys Peak, the sound of beautiful music and the company of friends and family. She was preceded in death by her husband, Robert; infant daughter Julie; and her two brothers, Cary and Lewis Brown. She is survived by sisters Phyllis Ohanian and Constance Morse; children Michael (Sally) of Orlando, Patrick (Irma) of Portland, and Joyce (Larry) of Philomath; six grandchildren, Laurel Canan (Sara), Yarrow Boye (Michael), Tim Canan (Holly), Karen Canan, Jennifer Raiman (David), and Melissa Evans (Dan); 10 great-grandchildren; her dear friend and caregiver, Debra Hawkes; and the many friends whose lives she touched. A memorial service to celebrate Molly’s life will be at 3 p.m. Sunday, Oct. 13, at the Unitarian Universalist Fellowship. In lieu of flowers, the family asks that donations be made to the Corvallis Unitarian Fellowship, the Benton County Museum or other of the donor’s choosing.

Molly Brown Canan April 22, 1915 &#8212; Sept. 5, 2013 In the early morning of Sept. 5, Molly Canan passed away quietly in her Philomath home at the age of 98. Throughout her adult life, those who knew her were struck by her intelligence, boundless... View Obituary & Service Information

The family of Molly Brown Canan created this Life Tributes page to make it easy to share your memories.