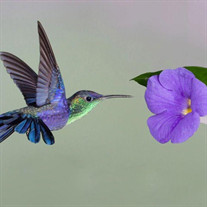 Myra Sommers lived a rich, full life, she touched many people over the years and made a difference in the lives of so many of us. Her genuine kindness and compassion are what I will remember most. Myra was born in Omaha, Nebraska in 1937, her... View Obituary & Service Information

The family of Myra Sommers created this Life Tributes page to make it easy to share your memories.