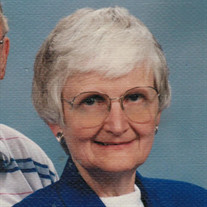 Nadine Wurtz, passed away on December 9, 2020 from Natural Causes in Corvallis, OR. Nadine was born to Lillie and Adolf Woltmann on March 26, 1935. She was born at home and weighted just 3 lbs 1 oz at birth, with her first cradle being a shoebox surrounded with lightbulbs. A special gift to her parents, as her only sibling was her brother, Norman, who was 10 years older. She grew up around Shelby, Iowa and was one of 22 cousins that got together on a regular basis. She was played the tenor sax in the High School Band. She went on to Nursing School at Mercy Hospital School for Nurses in Council Bluffs. Nadine worked at various Veterans Administration Hospitals across the country as a psych nurse for 30 years. She met her husband, Charles, at the VA in Reno where they both worked. They were married and her daughter, Brenda, was born. They live for a short while in Omaha, Nebraska and then moved to Knoxville, Iowa, where her son, Robert, was born. She transferred to the Veteran’s Hospital in Roseburg, OR upon the retirement of her husband from Federal service which included both military and VA service. After 25 years in the Roseburg area, she and her husband moved to Corvallis in 2004 to be closer to her daughter, son-in-law, and grandsons. Nadine was baptized in the Lutheran Church and her faith was very important to her. This showed in her caring nature and activities. She was known for baking and giving away cookies for activities and as gifts to her neighbors. She was a Cub Scout Webelos leader for 8 years and was involved in many committees and activities with the Lutheran Church. She was a member of various Lutheran churches in her life including St. John’s Lutheran in Sutherlin, and Shepherd of the Valley Lutheran in Corvallis. After retirement she continued to be involved with church activities, Lutheran Women’s Mission League, and the National Association of Federal Retirees where she was the Alzheimer’s group president for 10 years. She had always had a special interest in Alzheimer’s and Dementia and raised money to help find a cure. Her mother had the disease, her husband got the disease, and she led an Alzheimer’s support group for many years. She passed away on Dec 9th after suffering from Dementia herself for 5 years. She is survived by her children: Robert and Ilonka Wurtz, Portland and Brenda and Tim Brumbaugh, Albany; Her grandsons : Benjamin and Dana Brumbaugh, Kamiah, ID; Andrew Brumbaugh, Corvallis; Nathan Brumbaugh, Hillsboro; Matthias Brumbaugh, Happy Valley; Stephen Brumbaugh, Hampton, VA; and great-grandsons. She was laid to rest at Willamette National Cemetery in Portland. Nadine will always be remembered as a caring and selfless friend, mother, grandmother, and servant of God. We will miss her greatly and look forward to being reunited with her one day in heaven. In lieu of flowers, donations may be made to Shepherd of the Valley Lutheran church, 2650 NW Highland Dr, Corvallis, OR 97330. Please share your thoughts and memories for the family at www.demossdurdan.com

Nadine Wurtz, passed away on December 9, 2020 from Natural Causes in Corvallis, OR. Nadine was born to Lillie and Adolf Woltmann on March 26, 1935. She was born at home and weighted just 3 lbs 1 oz at birth, with her first cradle being a shoebox... View Obituary & Service Information

The family of Nadine Jane Wurtz created this Life Tributes page to make it easy to share your memories.

Nadine Wurtz, passed away on December 9, 2020 from Natural Causes...