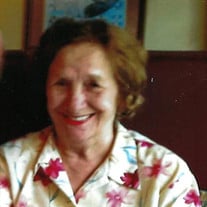 Nancy Louise Opoien | September 27, 1936 – March 30, 2022 Nancy Louise Opoien, 85, passed away peacefully at her Salem home on March 30, 2022, surrounded by her family. Nancy was born in Superior, Wisconsin, on September 27, 1936. She is the daughter of Matron and Pearl LaFlamme. She had two brothers, James Rohan and Robert LaFlamme, and two sisters, Carol Hanson and Judy Noreen. Nancy graduated from Superior High School in 1954. After graduation, Nancy married her high school sweetheart, Arnold (“Arnie”) Opoien on August 27, 1955, and they started their family soon thereafter. In 1964, Nancy and Arnie left their home town of Superior and started on a new adventure by moving their four small children to Whittier, California. After several years in California and two more additions to the family, they packed up again and moved to Corvallis, Oregon, where Nancy and Arnie made their home for the next 42 years. Once settled in Corvallis, Nancy put herself through school to become a medical transcriptionist and enjoyed many years working at the Corvallis Clinic. When she was not working, she stayed incredibly busy with the many sports and activities of her six children and the various friends groups she found herself in from work, church, and school. She spent many afternoons working the snack shack at the baseball field with her daughter while her sons played ball. She also had regular coffee groups with friends and enjoyed bowling and art projects. Once her children were grown and with children of their own, she excelled in her role as grandmother. She was just as involved in the lives and activities of her grandchildren as she had been in her children’s, attending their sporting events, school activities, and hosting the family at her house after church on Sundays was just the norm. Her grandchildren have fond memories of her doing things like revving Arnie’s caddie over the speed bumps out front of Timberhill Athletic Club just for the thrill of it, teaching them to cook and bake, and spending hours on end just playing games with them (including canasta, poker, and 10,000 to name a few). Most of her grandchildren spent much of their childhood at her house, doing arts and crafts, watching movies, and just being spoiled rotten. When asked about their memories of Nancy, one of her granddaughters summed it up like this: “she taught me 1) how to always have delicious food for guests, 2) how to display an epic holiday buffet, and 3) how to create magical days for the kids in my life, knowing they will carry those memories forever like we all carry the memories of her.” Nancy was also an amazing cook and baker and loved to entertain. Over the years, many of the friends and extended families of her children, grandchildren, friends, and neighbors were welcomed to her table; she would not let anyone spend a holiday alone. There was also always music playing, whether on the radio or just a simple hum while she was working around the house, her family will always have fond memories of artists like Don Williams and Neil Diamond thanks to her. Nancy was also very devoted to her faith and volunteered many hours to her church, St Mary’s Catholic Church. She loved to sing and knew all of the hymns by heart. When she wasn’t busy with family and friends later in life, she spent much of her free time knitting hats, gloves, and scarves for her church to be given to children and the homeless. She also never passed up an opportunity to volunteer her time or help in some way, even when it was as simple as dropping change in the Salvation Army bucket. Nancy is survived by her five sons, Jeff Opoien (Kingman, Arizona), Paul Opoien (Alpine, Oregon), David Opoien (Fort Mills, South Carolina), Matt Opoien (Palm Springs, California), and Alan Opoien (Albany, Oregon) and daughter Judy Jackson (Riverside, California); her brother James Rohan (Woodland Hills, California); 18 grandchildren and 21 great grandchildren, as well as several nieces and nephews. She was preceded in death by her husband of 64 years, Arnold (Arnie) Opoien, parents Matron and Pearl Bedard, brother Robert Bedard, and sisters Carol Hanson and Judy Noreen. Services will be held at St Mary’s Catholic Church in Corvallis on Friday April 29, 2022, and will include a rosary at 9:30 a.m. followed by a funeral mass at 10:00 a.m. The burial procession to St Mary’s Cemetery will occur immediately following mass.

The family of Nancy Louise Opoien created this Life Tributes page to make it easy to share your memories.