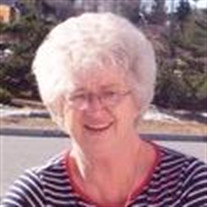 Pamela K Williams, 73 of Albany, OR passed away Tuesday August 15, 2017 at Good Samaritan Hospital in Corvallis, OR. Pam was born August 31, 1943 in Krum, TX to Dalton Harrison and Ella Mae Wallace Isbell. She graduated from Krum High School. She married the love of her life, Bill Williams, who was in the Army stationed in Texas on April 30, 1963. They relocated to his home state of Oregon and settled in Albany where she was a dedicated wife, mother, and friend whose infectious smile and laughter would light up a room. After the sudden death of her husband in 1979, she stayed in Albany and finished raising their 3 children, with the help of her many loving friends who were always there to lend a hand. She loved spending time at the beach and listening to the ocean. She collected Angels and loved travelling to Texas and Alaska to visit family. One of her favorite quotes: Life’s journey is not to arrive at the grave safely, in a well preserved body, but rather to skid in sideways, totally worn out, shouting “Wow! What a ride!” She cherished her family time spent with her children, grandchildren, and also all the grand dogs and critters who were just as much family. She challenged herself to learn new technology and keep up with them as much as possible however a simple game of double solitaire or board games were always the biggest hit. She is survived by her son Michael and wife Susan Williams of Salem, OR. Daughter Ella LeAnne and husband Mark Herman of Anchorage, AK. Sisters Necie Stubblefield of Denton, TX, Della Davis of Krum, TX, and Barbara Ann Reynolds of Ovilla, TX. Grandchildren Logan Herman and Colton Herman of Anchorage, AK. She also leaves behind numerous loving relatives and friends. She was preceded in death by her parents, Dalton and Ella Mae, Husband, William (Bill) Williams. Son, Scott Williams. Sister, Wava Dene Petty, and Brother, Buddy Isbell. A celebration of life will be announced at a later date and time when we can all get together.

Pamela K Williams, 73 of Albany, OR passed away Tuesday August 15, 2017 at Good Samaritan Hospital in Corvallis, OR. Pam was born August 31, 1943 in Krum, TX to Dalton Harrison and Ella Mae Wallace Isbell. She graduated from Krum High School. She... View Obituary & Service Information

The family of Pamela Kay Williams created this Life Tributes page to make it easy to share your memories.

Pamela K Williams, 73 of Albany, OR passed away Tuesday August...