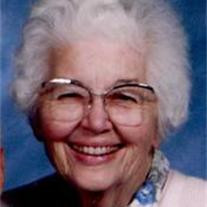 Pauline Metzler of Corvallis died Saturday at Regent Court Memory Care. She was 84. Pauline was born in Fresno, Calif., to John and Goldie Willis. She attended school in Fresno, graduating from Roosevelt High School in 1946. She also attended Fresno State College. During her college years, she met the love of her life, Gilbert Metzler, and they were married in Fresno on July 10, 1948. In 1962 they moved to the San Francisco Bay area where they lived until moving to Corvallis in 1987 to be closer to their daughter and family. Polly took her job as a homemaker quite seriously. She always welcomed friends into her home and had room at the table for all. Polly and Gil enjoyed traveling around the United States and to Europe. While living in the Bay Area, they were avid 49er fans and went to all the home games to tailgate with friends. Polly enjoyed oil painting, sewing her own clothes, sculpting with clay and wood, and making gifts for others. She had a great love for animals. She and Gil volunteered for many years at Vina Moses and tried to help those in need. Polly was a member of Beta Sigma Phi and Delta Mu Phi. Pauline was preceded in death by her parents; her sister, Maxine Long; and brother, Robert Willis. Survivors include her husband, Gilbert Metzler; daughter, Marcia (Charlie) Gilson of Philomath; sons, Bruce (Alex) Metzler of Arroyo Grande, Calif., and Mark Metzler of Bellingham, Wash.; nine grandchildren and eight great-grandchildren. Pauline will be missed by those who were blessed to know her but they are lucky to have fond memories to hold onto. The family suggests that contributions in Pauline’s memory be given to the charity of your choice, and they encourage you take the opportunity to invite a friend over and share a meal with them. The family would like to thank the staff of Timberwood Court, Regent Court Memory Care and Benton Hospice Service for the care they gave to Pauline for the last four-and-a-half years. A celebration of life will be held at 2 p.m. Saturday, Feb. 16, at Suburban Christian Church in Corvallis. Pastor Steve Lee will officiate.

Pauline Metzler of Corvallis died Saturday at Regent Court Memory Care. She was 84. Pauline was born in Fresno, Calif., to John and Goldie Willis. She attended school in Fresno, graduating from Roosevelt High School in 1946. She also attended... View Obituary & Service Information

The family of Pauline Metzler created this Life Tributes page to make it easy to share your memories.