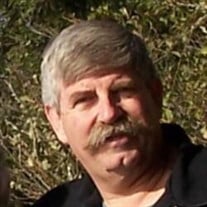 Raymond Eugene Pollard November 13, 1949 – October 31, 2021 Raymond Eugene Pollard, 71, passed away on October 31, 2021, at Good Samaritan Hospital in Corvallis, Oregon. Ray was born in Leesburg, Virginia, and had lived in Oregon since 1979 and is survived by his wife of 48 years Sally Pollard and daughter Tiffany Pollard. Ray enlisted in the United States Marine Corps in 1968 and was a decorated combat veteran of the Vietnam War, having been awarded a Bronze Star, the Purple Heart with two Gold Stars, and the Vietnam Cross of Gallantry, among others. Subsequent to an honorable discharge in 1969, Ray married Sally in Newport Beach, California, and eventually settled in Albany, Oregon. He had a three-decade career in management with Applied Industrial Technologies, retiring in 2014. Ray doted over his daughter Tiffany, never missing athletic events and performances, and was proud to have been considered one of the cool dads amongst her friends. He had a lifelong passion for athletics and participated in recreational softball and commercial league bowling, joining competitive leagues in both Corvallis and Albany. Ray was an enthusiastic Beaver Believer who firmly supported Oregon State athletic teams, always staying until the completion of games, be they bitter or sweet. Ray’s devotion to OSU is memorialized in the Beaver Fans bronze sculpture located at the main entrance to Reeser Stadium, which includes bronze replicas of Ray’s arms raised in joy celebrating Beaver athletics. Ray was preceded in death by parents William and Reba Pollard of Victorville, CA. In addition to his wife Sally and daughter Tiffany, Ray is survived by siblings Bill Pollard (Mesa, AZ); Beth Burns (Apple Valley, CA); Carol Bengel (Rancho Cucamonga, CA); Debbie Woody (Riverside, CA); brother-in-law Keith Carlson (Santee, CA); and sister-in-law Sonya Carlson (Bainbridge Island, WA). Services will be private and in lieu of flowers the family requests donations be made to a charity of choice in Ray’s name.

The family of Ray Eugene Pollard created this Life Tributes page to make it easy to share your memories.